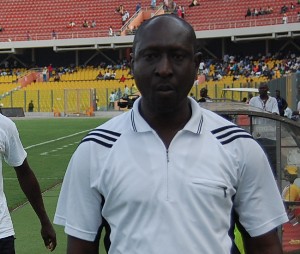 Asante Kotoko have launched a scathing attack on coach Yusif Abubakar who they claim betrayed them to sign for another club.

The ex Hearts of Oak coach was last month named the club's new assistant to Maxwell Konadu as negotiations over a reported two-year deal reached its climax.

However, Abubakar took a shook decision on Monday evening and signed for Medeama Sporting Club as an assistant coach.

Abubakar's behaviour has left a lot of froth at the mouths of Kotoko officials.

"We are not surprised by the news but all I can say is that we are extremely disappointed by the conduct of Abubakar Yusif," Kotoko's Spokesperson Listowell Bukarson exclusively told GHANAsoccernet.com.

"The writings were clearly on the wall. He (Abubakar) kept dragging his feet in signing the deal when he had verbally assured and noted to us the platform being offered him at Kotoko.

"He kept making demands which led to the club making series of amendments to his proposed contract just to suit him and in fact we contacted him over the weekend where he assured us of his arrival in Kumasi on Sunday to sign the deal."

Kotoko do not feel they were out-priced by Medeama who have been spending big in the off-season but believe the coach is unfaithful.

"I honestly don't think it was about money because Abubakar himself acknowledged the enormous opportunity and platform being offered him at Kotoko," Bukarson said.

"He had given us his word but perhaps it was a plot just to raise his stock as he flirted with other clubs."

"He did the same thing with Arsenals and therefore it cannot be about the money but rather sheer greed."

Bukarson however added that the club had moved on and are already in the market for a replacement.