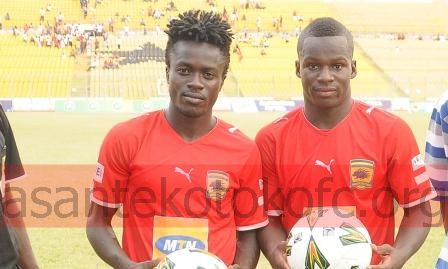 The 22-year-old joined Serbian giants Real Star Belgrade on a four-year deal after impressing on a two-week trial.

His striking partnership with Ivorian import Ahmed Toure helped Kotoko to maintain top spot for the first half of the season.

Konadu is confident the club will survive without the services of fast-paced striker.

"It's a good deal for him and we must live it to that. He is a fantastic player with huge potential but we have an equally good replacement for him," he said.

"I am happy for him as his coach and we all wish him well. I am not sure Kotoko will stand in the way of any player who gets a good deal outside."

Kotoko have attacking options to choose from with striker Benjamin Acheampong available for selection when the league resumes on 19 February.