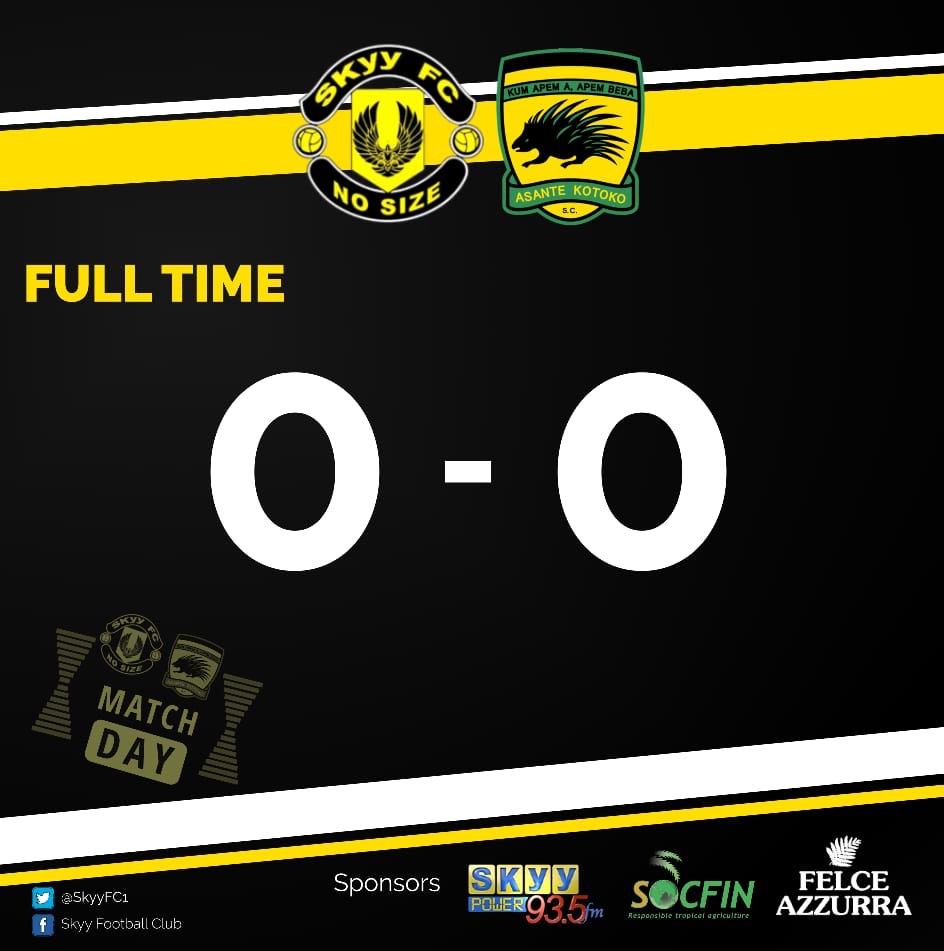 Asante Kotoko settled for a pulsating goalless drawn game against second-tier Skyy FC in their latest pre-season friendly on Sunday.

The two sides entertained the crowd at Daboase but failed to get on the scoresheet.

Kotoko interim coach Johnson Smith is using the friendly games to trim the rough edges of his squad ahead of the start of the new season.

The Porcupine Warriors will shift their attention to Accra where they battle rivals Hearts of Oak in the 2019 President's Cup on Sunday.