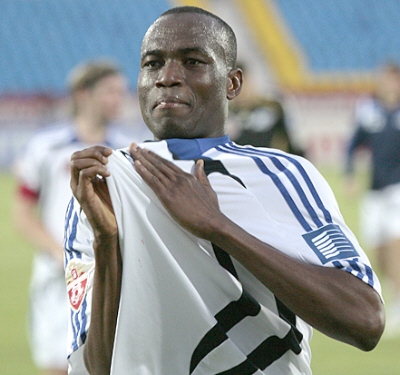 Asante Kotoko have been hit with another Fifa fine over the transfer of Shilla Illiasu to Russian club FC Saturn in 2006, GHANAsoccernet.com can confirm.

The then 23-year-old was sold to the Russian outfit for a reported â‚¬1m feeÂ of which Kotoko were to pay 5% (50,000) of the amount to Illiasu's youth club Real Republicans in solidarity mechanism.

The Kumasi-based club however failed to make this payment and rather split the transfer proceeds 60:40% with King Faisal Babes.

Both clubs are now required by Fifa to make the payment in the same ratio to Republicans - meaning Kotoko are to pay 30,000 with the remaining 20,000 the responsibility of King Faisal.

The fresh setback comes on the heels of another 'judgement debt' awarded to former Kotoko coach Hans Dieter Schmidt who is to be paid a whoopingÂ â‚¬99,000 for his wrongful dismissal in 2005.

The club is also to pay $6,500 in refunds to Turkish club GencelrbirligiÂ for the transfer of defender Adamu Mohammed in 2008 - with a combined cost of 12,000 Swiss Francs attracted in legal fees for both cases.

The club is to make the payment within 30-days else risk getting relegated from Ghana's topflight and officials admit the spate of rulings against them is deeply hurting the club.

"The Executive Board Chairman (Dr. Sarpong) has been shattered by the emerging judgement debts, but he is calm and hoping the teaming fans assists him meet these demands through fund raising," Kotoko's Public and Supporter Relations Manager Listowell Bukarson told GHANAsoccernet.com.