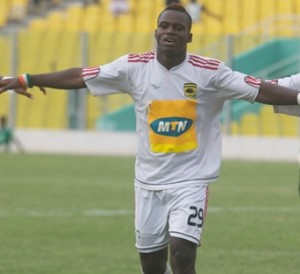 Ghanaian giants Asante Kotoko have agreed to sell their ten players while on pre-season tour in Serbia, their spokesman has revealed.

Striker Ahmed Toure, who was named Ghana Premier league Player of the Year last week, is among the five players being sold from the first team.

Highly-rated defenders Awal Mohammed and Yaw Frimpong have also agreed a deal with an unknown local Serbian side.

Midfield duo Afranie Yeboah and captain Daniel Nii Adjei will also not return with the contingent on Thursday.

The club also claims that five players from the youth team have agreed deals for further development in Serbia on loan deals.

"As at now we have sold all these players and they will not be returning to the club this season," the clubâ€™s spokesperson Ben Nti said.

â€œThey have all secured deals with clubs here and that is where they will be playing now.â€