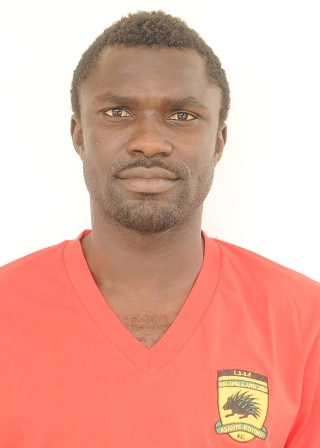 Asante Kotoko defender Awal Mohammed has been arraigned before the Ghana FA's Disciplinary Committee for calling a referee a "bastard".

The incident which was captured in the match report occurred during Kotoko's 1-0 defeat away to All Stars in the week 12 fixture played at the Wa Park.

The 23-year-old central defender was said to have labelled the centre referee, E.R Biney "Timpari" which is translated in local palance bastard when a decision did not go his way.

A date for the hearing is yet to be determined but if found guilty, the well-built defender could be banned and fined according to the rules and regulations governing the Premier League