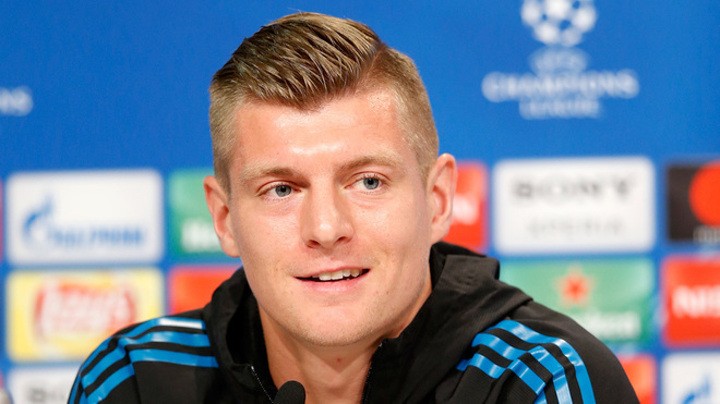 Toni Kroos has indicated that the reason Real Madrid lost to Cadiz in LaLiga Santander is that none of the Los Blancos players put in a performance according to their level.

The German midfielder insisted that him and his teammates managed to turn the situation around after beating Barcelona 3-1 at the Camp Nou in last Saturday's Clasico.

"Against Cadiz, no one played to their level," Kroos told the press conference prior the match with Borussia Monchengladbach. "I'm the first to admit that. If you play like we did, you'll lose to a fourth division team.

"Against [Shakhtar] Donetsk we lacked confidence after their first goal, but sometimes that's the way it is. But we never give up, as it was seen on Saturday, we try to change our situation, but everything is fine as we won an important match.

"Tomorrow is a final and we have to play better than Saturday to beat Borussia."

Real Madrid registered two consecutive defeats at the hands of Cadiz and Shakhtar but Kroos has made clear that the reason behind their losses was not the lack of motivation in the dressing room.

"[The defeats] aren't a motivational issue," added Kroos. "We talked after both and cleared the air. We know that the Clasico is always special, but in LaLiga Santander you tend to win against the smaller teams.

"We have played well many times against Barcelona, and lost points against smaller teams. In the past season, we showed that there was no lack of motivation.

"It happened against Cadiz, but not against Shakhtar because there are no small teams in the Champions League. With that defeat we already have a lot of pressure on us tomorrow."

Zinedine Zidane was at the receiving end of criticism following the aforementioned defeats but Kroos stressed that the players always stood by their coach.

"The players never doubt Zidane," Kroos noted. "We win and lose together, and it isn't like we aren't with him when we lose.

"That's an easy way out if something goes wrong. It's not like that, and we saw it on Saturday [against Barcelona]."