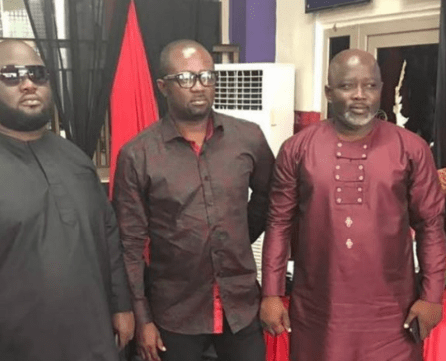 Management member of Dreams FC and close ally of President of the Ghana Football Association, Ibrahim Dossey, believes the media is treating Kurt Okraku the same way they did to Kwasi Nyantakyi by wrongly criticizing him.

According to Dossey, Nyantakyi was wrongly tag as corrupt and ended up being defamed for what he did not do, before he was later vindicated.

"Former president Nyantakyi was chastised by a session of the media on things He did not do but were purported he did, that's how come the term " Sika die " came to existence, now it is known that He never took monies from the GFA accounts but unfortunately the has been destroyed by this untruly told story," he told Ashaiman Tv.

Mr. Dossey insists the media is trying to make Kurt Okraku look bad already, but he believes the FA Capo's strong personality will see him reach his goals.

"Now Kurt is in and trying to build the brand again but he is facing the same problem by the media but I know Kurt is a strong character and will definitely achieve his aim before bowing out as the GFA president, let's all support Kurt and He will deliver," he added.