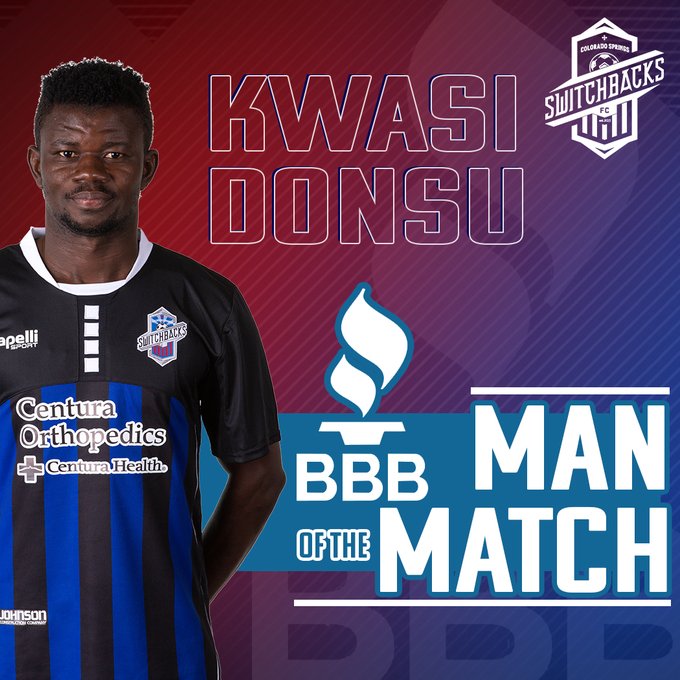 Kwasi Donsu was named Man of the Match after scoring the only goal of the match for Colorado Switchbacks against Denver in thee US Open Cup on Wednesday night.

The Ghanaian scored a golazo to hand the home side passage to the next stage of the competition.

He released a rocket to beat goalkeeper Jacob Peterson to separate the two sides on the stroke of first half at home.