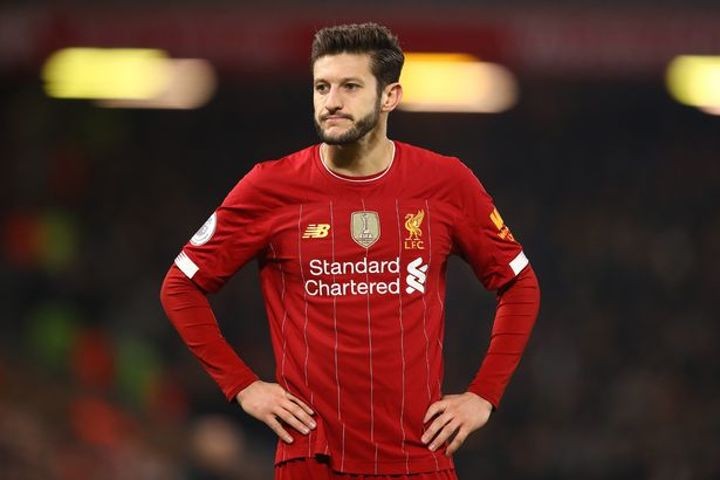 Burnley are the latest club to join the race for Liverpool's Adam Lallana as Sean Dyche bids to convince the midfielder to make the move to Turf Moor.

Lallana will be one of a number of Premier League players to sign extensions to their contracts in the coming weeks as his current deal with the Reds will run out on June 30.

However he will stay on until the end of the campaign in order to almost certainly pick up a Premier League winners' medal, as the Reds stand just two wins away from lifting a first top-flight league title in 30 years.

There remains the possibility that Lallana, 32, could stay on at Liverpool for the 2020/21 season, but the former Southampton man seems certain to move on in search of more regular first-team football elsewhere in the Premier League.

Leicester City are at the head of the queue to bring in Lallana as boss Brendan Rodgers hopes to team up with the midfielder he signed for Liverpool back in 2014.

The Foxes could have the added bonus of Champions League football on offer next season, and remain the favourites to lure the 34-times capped England midfielder to the King Power Stadium.

London trio Arsenal, Tottenham and West Ham are also in the pack of clubs hoping to sign Lallana, and they have now been joined by Dyche's ambitious Burnley.

Lallana joined the Reds from Southampton for £25million in the summer of 2014, and was a regular in his first three seasons at the club until injury issues began to strike.

However he has made more appearances in the current season than in either of the last two, and scored a crucial equaliser for the Reds in a 1-1 draw at Manchester United in October.