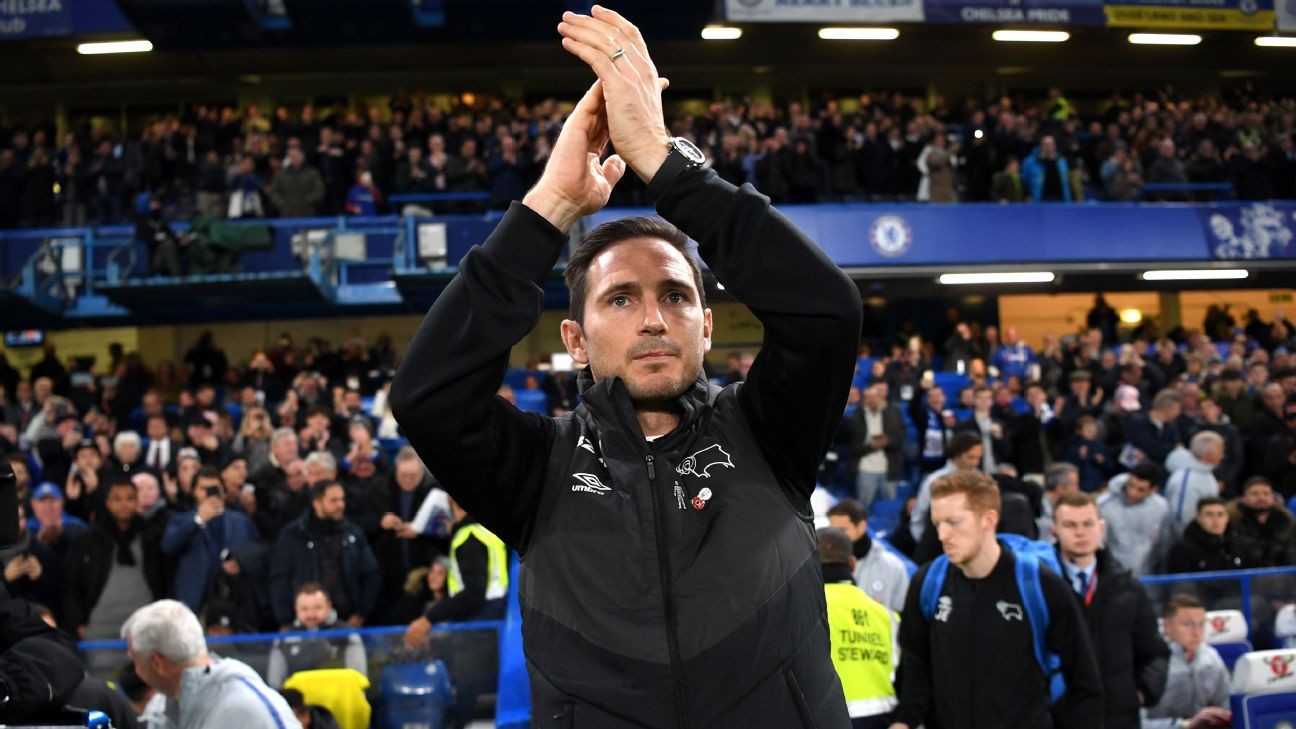 ESPN FC's Julien Laurens gives an update on Maurizio Sarri's seemingly impending move to Juventus and predicts who will be the next in charge for Chelsea.

Gab Marcotti feels Chelsea have a big mountain to climb next season, but isn't panicking just yet due to promising younger talent.

Steve Nicol and Gab Marcotti debate whether Chelsea should be confident they can compete after losing Eden Hazard amid a potential transfer ban.

Derby County manager Lampard is widely considered to be the front-runner for the post, with Sarri expected to join Juventus once they have reached an agreement with Chelsea over compensation.

Drogba said he believed a relative lack of managerial experience should not be held against his friend and fellow Chelsea legend Lampard.

Asked whether Lampard would be ready for the job after one season in the Championship with Derby, Drogba said: "Does he have to wait until he is 40 or 50 to be ready?

Whoever succeeds Sarri faces a tough challenge, with the club unable to replace departed superstar Eden Hazard due to a FIFA transfer ban, and pundit Jamie Redknapp said: "Whoever comes into this job next if he [Sarri] was to go, they have to be given time.

"I think with the squad they have they could theoretically get top four, but with losing their best player...

"Frank is a bright guy and would be completely realistic in the situation. People say is it the right time? When is the right time? This is his club, this is where he is loved, the fans idolise him and he is so bright that he will figure it out.

"But they have got to be given time. There is no magic wand. It is not because Frank lacks experience, it will mainly be because they have lost their best player."

Soccer Aid for Unicef will be broadcast live on ITV in the UK on Sunday 16th June, starting at 6:30 p.m. To donate to Unicef, visit socceraid.org.uk