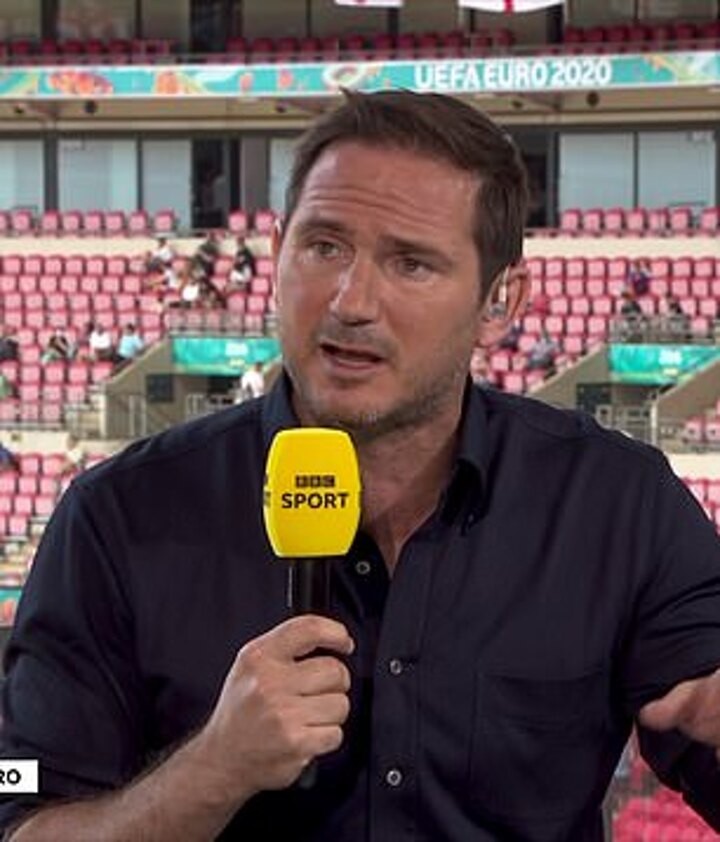 Harry Kane's below-par performance against Croatia should not be a concern for England, Frank Lampard insists.

The Three Lions kicked off their Euro 2020 campaign with a 1-0 victory against the side that beat them in the 2018 World Cup semi-final thanks to a goal from Raheem Sterling.

Gareth Southgate's men had chances to increase their lead, including for Tottenham striker Kane who put his effort high and wide at the back post from a few yards out following Mason Mount's cross.

That was the only shot the 27-year-old England captain managed at Wembley as his team-mates excelled around him in a fluid display on home soil.

But former Chelsea boss Lampard insists he remains England's main man and will deliver when his country need him most later in the tournament.

'I would not worry about Harry Kane, he is our man,' Lampard said. 'Save one today, the team played really well, there will be a really positive feel about the group.

'Harry Kane will deliver when it comes.'

Former England striker Alan Shearer believes Kane looked a 'little slow' for England and admitted he expected him to finish his chance.

'Only possibly Harry Kane, he looked a little bit slow, that ball that came across I was expecting him to put it away.

'But England with playing well did not create that many chances for him to get on the end of, but other than Harry Kane everyone looked really sharp.'

Kane scored 23 Premier League goals for Spurs in the 2020-21 season to go with 14 assists, with both returns the most of any player in the top flight in that season.

But his club future remains shrouded in uncertainty with talk of a mega-money move to Manchester City still rife.

Speaking to the BBC before the Croatia game, Kane said: 'It has been ok over the last few months, my most important thing is England.

'The rest happens when I get back. I am not someone who listens to noise, good or bad. I never try to get too high or low.'

Shearer however insisted talk about his club future will not distract Kane at Euro 2020, admitting they will need him the further England go.

'Harry Kane's club future wont be a problem for him at all. He's on England duty and that's all he will be thinking about at this moment in time,' Shearer said pre-game.

'Tottenham didn't have the best season but he did. He seems to be getting better.'