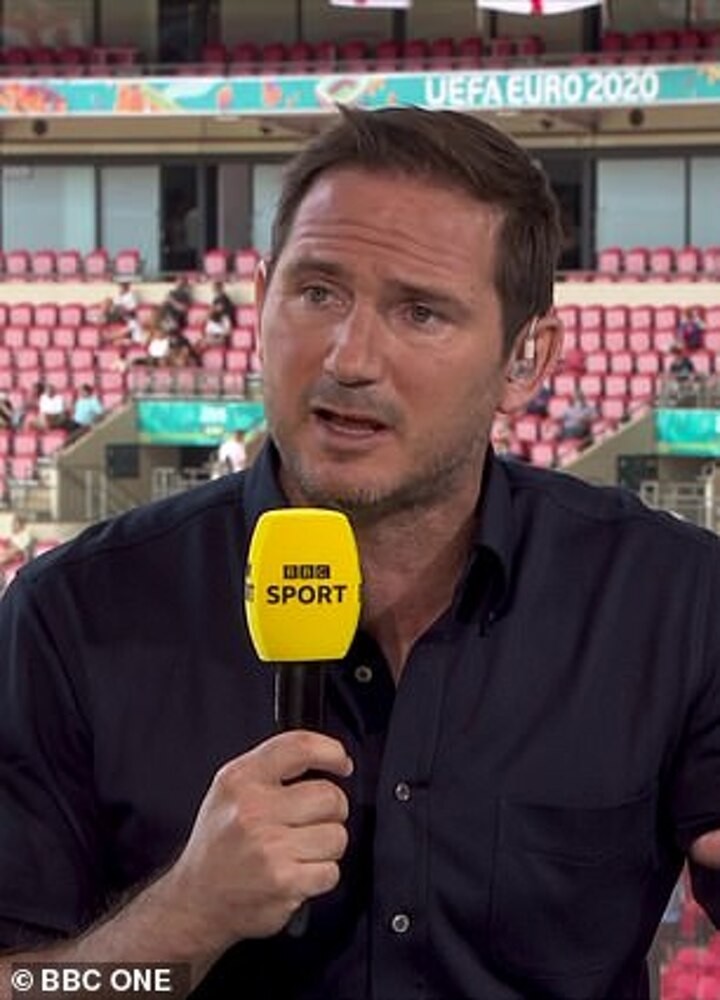 Frank Lampard insists he will never try and take credit for Chelsea winning the 2020-21 Champions League.

The Blues legend was in charge for the group stages of the competition but was sacked in January after 18 months in charge, with the club ninth in the Premier League table at the time of his departure.

Thomas Tuchel replaced Lampard and not only led them to a top four finish but guided the club to their second Champions League crown after beating Manchester City 1-0 in Porto thanks to Kai Havertz's goal.

And speaking to the BBC, Lampard admitted that he will never try and lay claim to their European success.

However, the former midfielder admitted he was proud to see the likes of Mason Mount and Reece James - who he brought into the first team during his time at Stamford Bridge - as well as the club's signings last summer perform on the biggest stage.

'When you work towards something, you want to be there and be the man. I am never going to try and lay claim on that,' Lampard said.

'I was part of the early foundation potentially, but Thomas did a fantastic job getting them there. I will say when I watched it, first I am a Chelsea person.

'The Chelsea fans are happy and the club deserves that, but secondly to see Mason and Reece perform at that level and people like [Edouard] Mendy, [Ben] Chilwell and Thiago [Silva] who came in in my time there makes me pretty proud.

'But it was a great achievement by them and they were very well managed.'

Lampard has been linked with a number of posts since his departure from Stamford Bridge, including with managerial roles at West Brom and Crystal Palace as well as the England U21 hotseat.

And despite being axed by his former club, the ex-Derby boss insists the hunger and the desire to tackle the challenges of being a manager remains.

'I am certainly not put off [becoming a manager again]', he added.

'I love the job and the challenge of it. I had two great experiences at Derby and then at Chelsea and I would love to get back in but at the right time and at the right moment.

'Obviously you never want to lose a job, I was in pretty good company at Chelsea.

'But it happens, it is the brutal reality of football at the top level, but with reflection having been out for a few months now, it has been nice to actually spend some time out of game.

'I am pretty proud of the job I did, it was an honour to manage the club.'