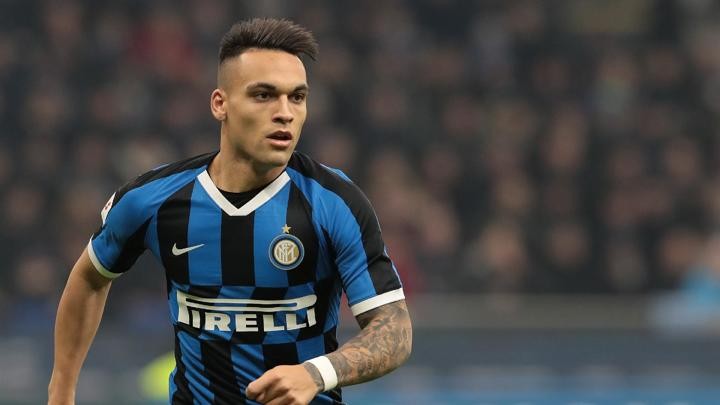 Inter CEO Beppe Marotta has looked to shut down ongoing speculation linking Lautaro Martinez with a move to Barcelona.

The Catalans are currently short on attackers in the wake of injuries to Ousmane Dembele and Luis Suarez with Quique Setien's side set to be allowed to sign an injury-replacement.

While Martinez is unlikely to be allowed to make the move now, the Inter star continues to be linked with a transfer in the near future as he keeps turning heads in Italy.

The 22-year-old has struck 11 times in Serie A, while he added a further five goals in the Champions League group stages to firmly earn the attention of Europe's biggest clubs.

Though Martinez's stock has risen in recent months, Marotta stressed that the player is happy in Milan and must request a move before any transfer could happen.

“Rumours regarding Lautaro? He is very young and improving. He is only interested in wearing the glorious shirt of Inter," Marotta told Sky Sport Italia on Sunday.

"This club has nothing to envy others. Players can leave only if they ask to leave.”

Martinez joined Inter in 2018 from Racing Club and has gone on to lock down his place in Argentina's senior side as a result.

January was a busy period for Antonio Conte's side in the transfer market with a number of players arriving, rather than leaving, as they look to continue their push to break Juventus' grip on the Serie A title.

Former Tottenham star Christian Eriksen was Inter's highest-profile arrival and Marrota declared he's been impressed with how the Denmark international is settling.

"He is already the real Eriksen and then there needs to be a period of acclimatisation," Marrota said.

"However, 14 players play every game so as such some start the game and some finish it, but Eriksen has already done very well."

Inter are currently locked in a three-way battle for Serie A supremacy this season with Juventus and Lazio also firmly in the mix for domestic honours.

Along with Martinez, Inter's strong season to date has also been bolstered by former Manchester United forward Romelu Lukaku, who has scored 17 times in the league - the third most of any player in the competition to date.