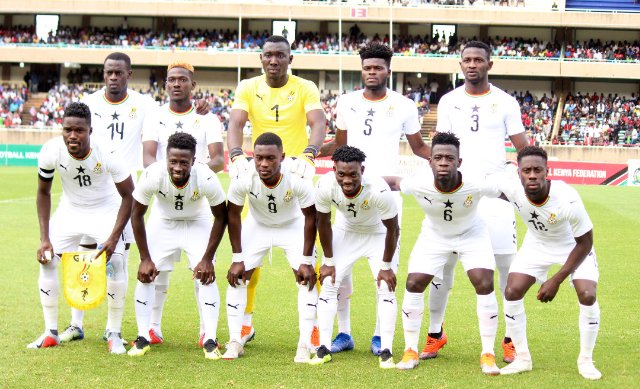 Ghana's 30-man provisional squad for the 2019 Africa Cup Nations has been leaked, revealing that Sulley Muntari and Kevin-Prince Boateng have been excluded while captain Asamoah Gyan will lead the squad.

Several youngsters who have lighted up the country's U23 side including ultra talented Osman Bukari, Majeed Ashimeru, Joseph Paintsil and strikers Kwabena Owusu, Bernard Tekpertey and Dauda Mohammed were all named.

Experienced Egypt-based striker John Antwi was also called to be considered for the tournament in familiar territory as he is among the leading scorers in the top flight with Misr El Makasa.

Three home-based were also spotted in the squad with Asante Kotoko duo of Felix Annan and Abdul Fatawu Safiu as well as Hearts of Oak star Fatawu Mohammed.

Nigeria-based goalkeeper Fatawu Dauda return to the team after a long absence while goalkeeper Lawrence Ati Zigi was axed.

In-form Chelsea star Baba Rahman who has excelled while on loan at French side Reims returns to the side since suffering the injury while playing for Ghana at the previous tournament in Gabon two years ago.

Another shock call-ups is defender Isaac  Donkor who has been in terrific form in Romania for his combative style.

Raman Chibsah and Richmond Boakye Yiadom will return to the squad after recent absence.

Gyan's position in the team which has been the subject of recent debates has been put to bed while other top players like Andre Ayew, Thomas Partey, Nuhu Kassim, Christian Atsu, John Boye, Jordan Ayew and in-form Majeed Waris are all in the squad.