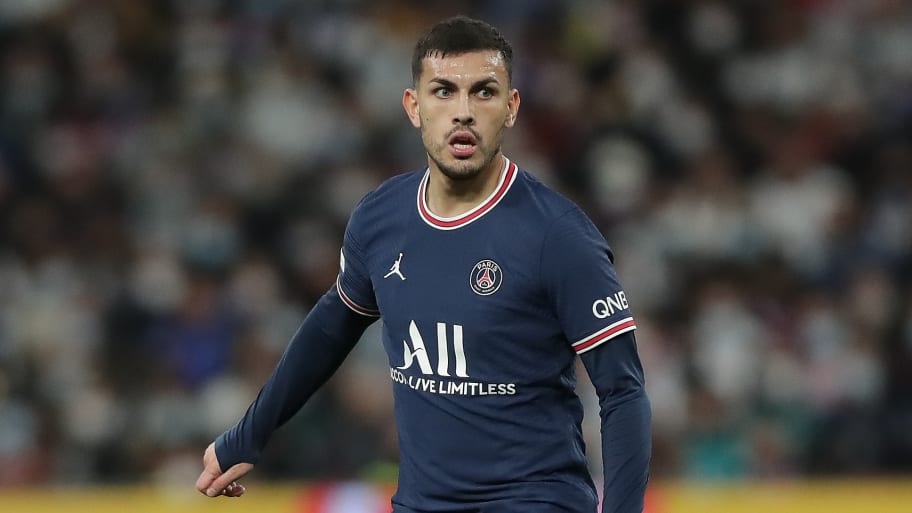 Leandro Paredes has admitted that he would 'love' to play for Real Madrid in the future, amid speculation linking the Paris Saint-Germain midfielder with a move to the Spanish capital.

Paredes has endured an injury-hit season, first struggling with a thigh problem and more recently being sidelined by an abductor issue.

However, when available he has tended to be selected by head coach Mauricio Pochettino, starting both legs of PSG's infamous Champions League last-16 defeat to Real.

Paredes has just one year of his current deal though, with speculation rife over his future. The team that knocked them out of Europe this season are one of the sides linked, with Italian giants Inter and Juventus also said to be in the hunt.

Quizzed about his future recently, he told TyC Sports: "I'd love to play for Real Madrid one day, it's a top club - but I respect Paris Saint-Germain and I'm more than happy here."

He added: "Every year they say on the press I'm gonna leave PSG... but I'm happy here. The club wants me, Pochettino too."

Top of Real's wish list this summer is another PSG player, Kylian Mbappe. After missing out on his signature last summer 90min understands that an agreement is close for the forward to arrive at Santiago Bernabeu on a free transfer at the end of the season.

This article was originally published on 90min as Leandro Paredes admits he wants to play for Real Madrid one day.