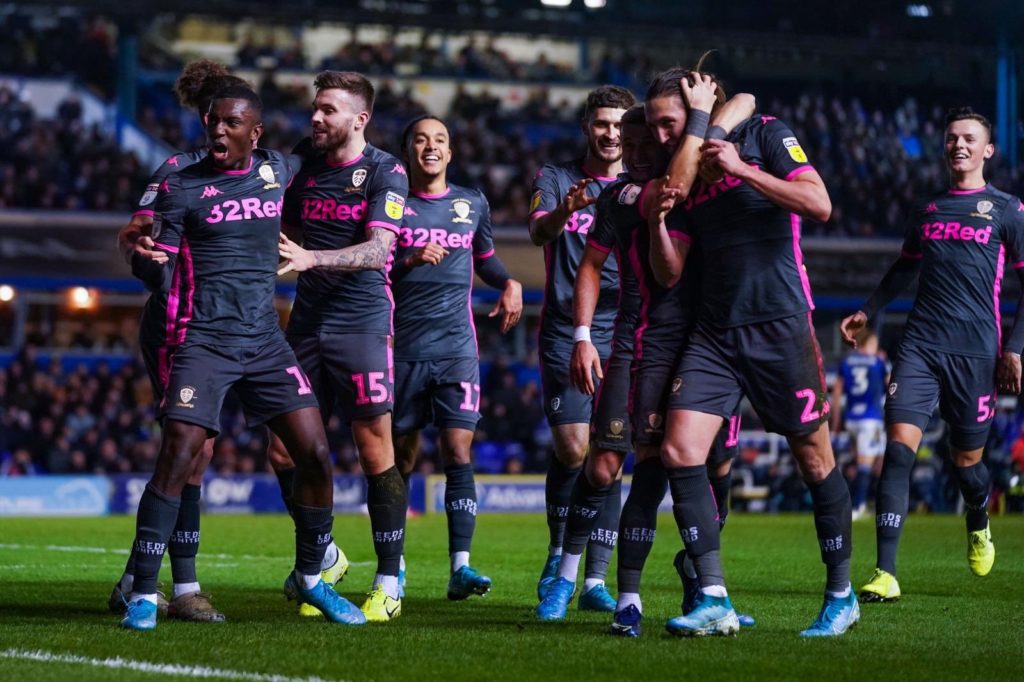 The on-loan Arsenal forward started the game at the St. Andrews as the Lily Whites went top of the table with victory over their rivals.

"What a game, what a win. Fantastic shift from the whole team, equally matched by your support," he posted after the game.

Leeds took a 2-0 lead in just 20 minutes after Helder Costa and Jack Harrison had scored following a period of dominance by the travelling side.

Birmingham fought back to claw all two goals through Jude Bellingham and Lukas Jutkiewicz.

Luke Ayling then shot the visitors into the lead again in the 69th minute but Jeremie Bela leveled in the 83rd minute.

Leeds went up a minute after Bela's equalizer when Stuardt Dallas notched home.

Lukas Jutkiewicz grabbed his brace to make it 4-4 in the 91st minute but with the game headed for a draw Wes Harding scored at the wrong side to give Leeds victory at St Andrews.

Nketiah played 81 minutes of the game and impressed before he was replaced by Tyler Roberts.

What a game, what a win. Fantastic shift from the whole team, equally matched by your support. 👏🏾⚽️ @LUFC pic.twitter.com/VJh2Yx3y72