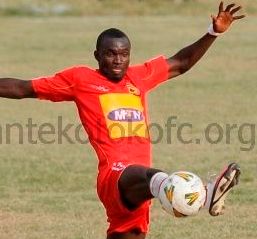 The lanky centre-back is believed to have impressed scouts of the Eastern European side and are considering him this summer.

Mohammed joined Kotoko from second-tier Gomoa Fetteh Feyernord last season and has since impressed at the heart of defence.