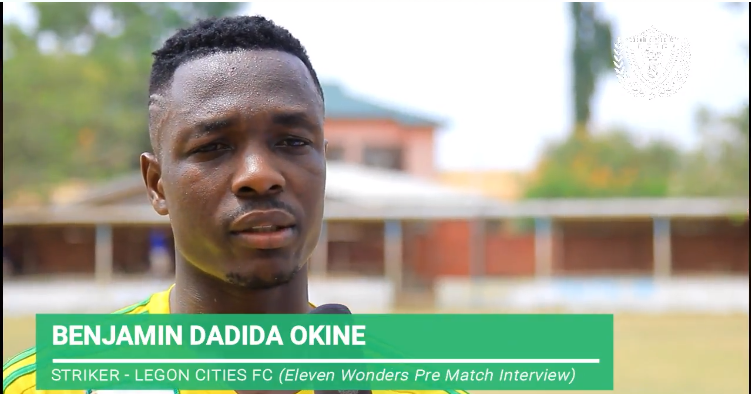 Legon Cities attacker Benjamin Okine admits he is worried by the run of three games without victory in the Ghana Premier League.

The Royals have drawn their last three games, and have won only two games this season.

But ahead of Saturday's game against Eleven Wonders, the striker who netted his first goal of the season against King Faisal, is confident of victory.

"I am much worried about it, you know it is the dream of every player to win every match," he told Legon Cities FC TV. "As we going for the next game, we are going to get our third win of the season," he added.

Legon Cities have beaten only Bechem United and Elmina Sharks in the current campaign, but after a big win in the FA Cup on Monday the Royals attacker is hopeful of a positive turn around.

"I think we have won only two games and this time around, on Saturday we are going get the third win of the season," he said.

"For we not winning now, I think we are working hard to get more wins," he added.

After his debut goal against King Faisal, Okine says his confidence is sky-high and will score against Eleven Wonders.

"I ma much confident now, you know every striker gets more confidence after scoring a goal and I think me scoring my first goal has really boosted my confidence and in our next game, I am going to score a goal," he concluded.