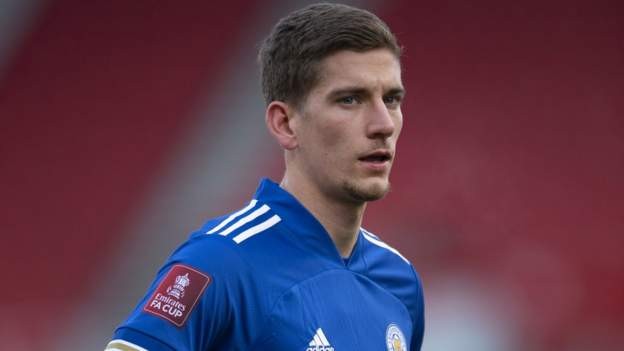 Leicester signed Praet from Sampdoria in 2019 for a reported £18m

Leicester City midfielder Dennis Praet will be out for around three months after picking up a hamstring injury against Stoke in the FA Cup.

The 26-year-old pulled up in the closing stages of Saturday victory and could be ruled out until mid-April.

"It was not quite his hamstring but a tendon in the hamstring," he added. "It was an awkward one for him, the ball just popped up and he over-stretched."