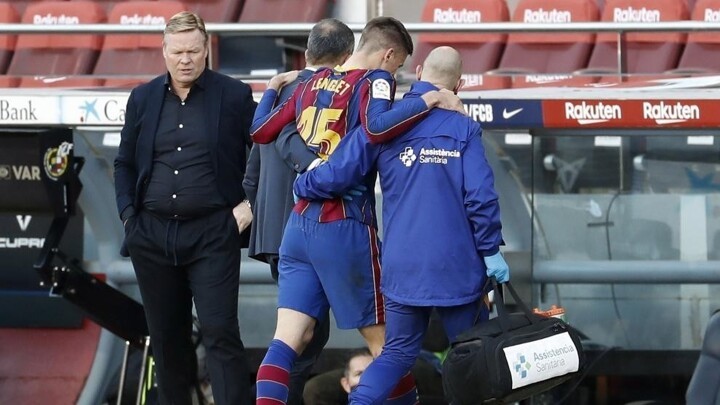 There was concern for Barcelona on Sunday when Clement Lenglet became their latest centre-back to suffer an injury, but the initial tests carried out on the Frenchman have shown that his ankle issue is not as serious as some feared.

Lenglet had to go off in the 67th minute of Barcelona's 4-0 victory over Osasuna and this meant he joined fellow centre-backs Gerard Pique, Ronald Araujo and Samuel Umtiti on the medical report.

He trained on his own on Monday, but the first tests carried out have shown that the issue is not so serious and a decision will be made on Tuesday after training to decide if he can play against Ferencvaros in the Champions League on Wednesday.

Araujo could also make a return from his injury for Wednesday's match, but Barcelona don't want to take unnecessary risks.

Oscar Mingueza, from the Barcelona B team, has played in the past two matches against Dynamo Kyiv and against Osasuna and can play again in this midweek match.

Frenkie de Jong is another option for central defence, as the midfielder could move into a deeper position, while left-back Junior Firpo is also an option to fill in.