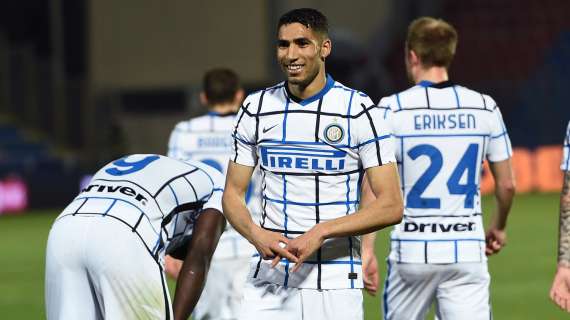 In an interview with L’Équipe, PSG right-back Achraf Hakimi was asked about his relationship with former Real Madrid manager Zinedine Zidane.

“I have immense respect and so much affection for him. He showed faith in me and gave me the chance to play in an incredible team that I won the Champions League with.

“I learned so much from him. What happened in 2020 [Hakimi was allowed to leave for Inter that summer, rather than returning to Madrid after a successful loan spell at Borussia Dortmund] doesn’t have anything to do with him. Other factors, particularly to do with covid and Real Madrid, caused me to leave. At that time, I had a conversation with him that will stay between us. He felt differently.”

On being called up to the Real Madrid senior squad for the first time:

“I was with a few mates, sitting on a bench opposite my house and chatting when the phone rang… and it was [then-Madrid head coach] Zidane! He told me I was going to play when I wasn’t expecting it at all.”