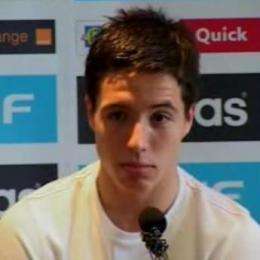 For his first as a consultant for the encrypted channel Canal +, French attacking midfielder Samir Nasri advised Paris Saint-Germain striker Kylian Mbappé not to leave the club in the capital:

“But me, being from Marseille, if Olympique de Marseille had that power in my time, I would never have left. There is nothing better than winning at home, in your city and bringing the Champions League. In addition financially, he will not find better elsewhere. In his place, I would stay at PSG ”.

However, the ex-international tricolor (41 selections, 5 goals) understands the desires of departure of the native of Bondy, in particular if he can join the club of his dreams:

“In view of what he suggested, the Real Madrid is his dream. He wants to be number one and carry their project. And at PSG, even if they did win the Champions League, it is the team of Messi, Neymar and Mbappé. It’s not number 1 when it comes to people. And he, at that age, needs to be number one, ”he said on Canal Champions Club.