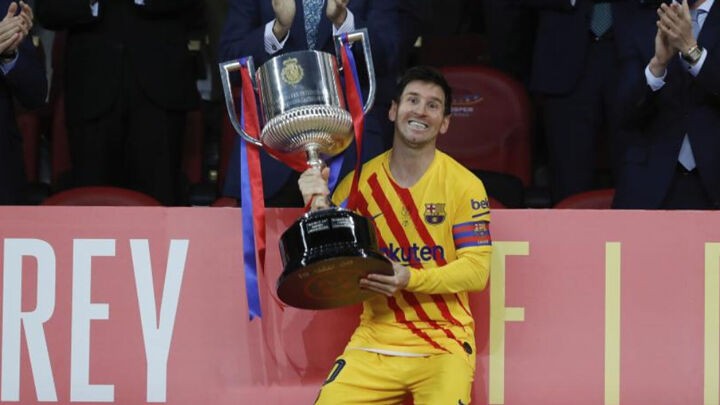 Lionel Messi's record as a Barcelona player is almost impossible to describe, and the club's recent history would not be anywhere near what it is had he not been there.

From the Argentine's arrival in the first team at the Camp Nou until August 5, 2020, when his exit was confirmed by the club, the No.10 and the club had been the perfect match. Together, they won more than 30 titles and Messi became the player with the most Ballon d'Ors in the history of football (six).

His last trophy with the club came in the form of the Copa del Rey in 2020/21, beating Athletic Club 4-0 in the final and scoring two goals in the process.