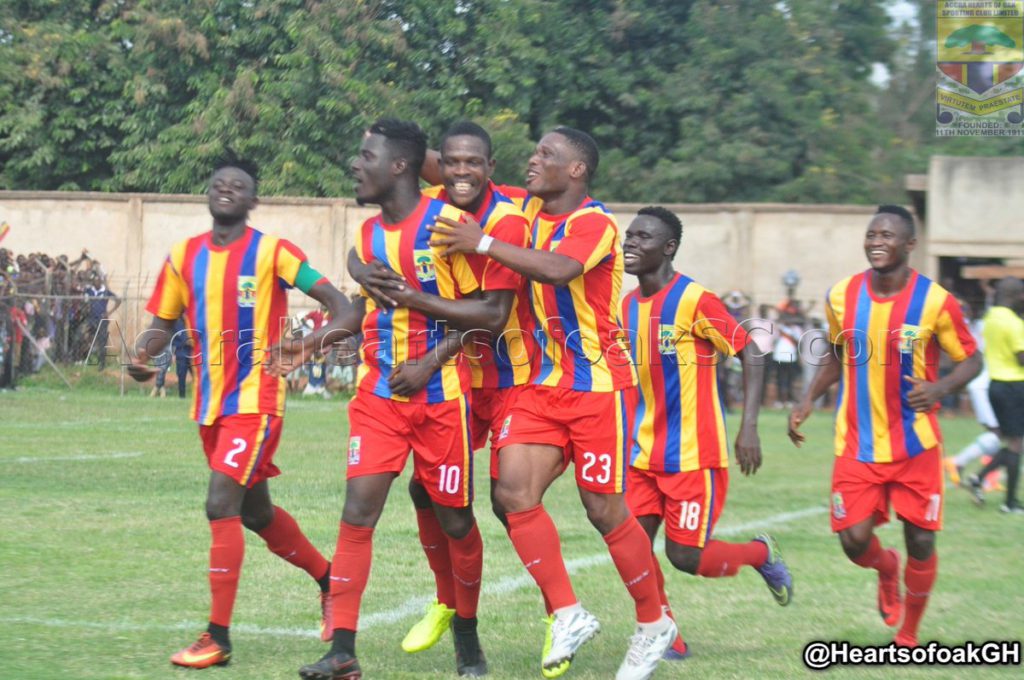 Follow the LIVE play-by-play of the clash between Accra Hearts of Oak and Bechem United from the Baba Yara Sports Stadium as well as updates from other league centers on Ghanasoccernet.com

Hello good afternoon and welcome to GHANAsoccernet.com for the LIVE coverage of the tenth week matches Ghana Premier League.

AshGold saw off Inter Allies on Saturday with a lone goal at the Obuasi Len Clay Stadium.

Dreams FC will play Aduana Stars on Monday due to Aduana' participation in the CAF Confederation Cup game with FOSA Juniors.

Other exciting fixtures for the week includes Asante Kotoko's travel all the way to Wa to play Wa All Stars .

Berekum Chelsea will play their last home game away from home as they serve a ban by welcoming Liberty Professionals to the Baba Yara Sports Stadium moments after the Hearts-Bechem clash.

WAFA will travel to Cape Coast to play Ebusua Dwarfs as they seek to come back to winning ways after going five games without a win while Eleven Wonders welcome Medeama SC to the Nana Ameyaw Park. 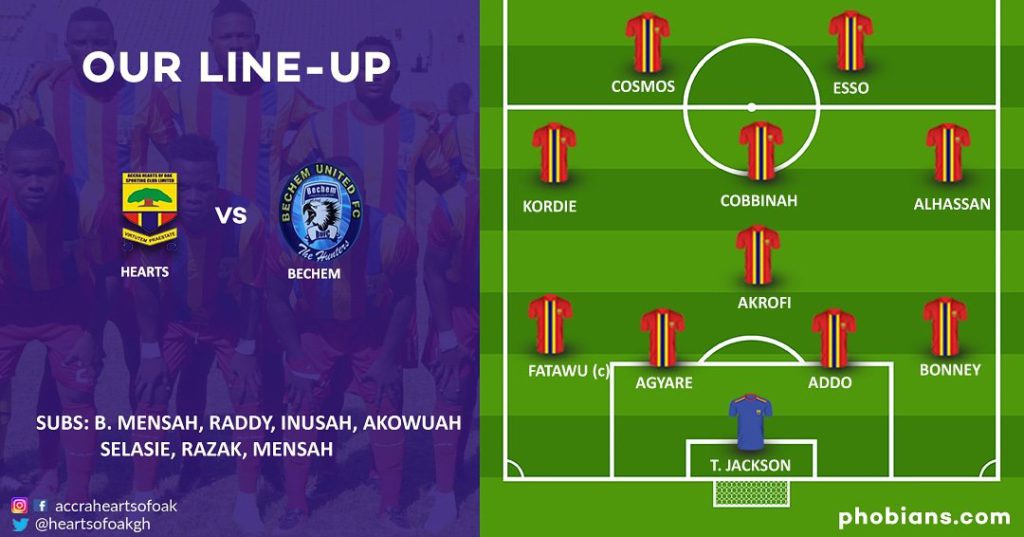 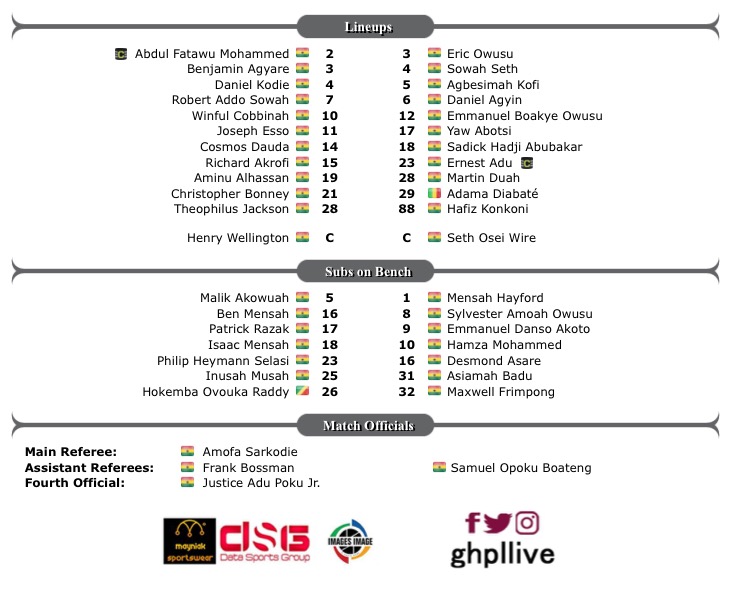 02'- Throw in for Hearts. Taken quickly.

10'- Hearts dictating the pace of the game now. Pushing for the equaliser but Bechem United defending well.

Apologies for the in the break in transmission. It's due to break in Internet

Welcome back. Score line still remain as it was in Wa. The home side a pushing hard for the equaliser.

Felix Annantakes a long kick in but Moses Nyarko heads the ball away.

Konda with the ball now. Sends a long one in. Wa All Stars still pushing harder.

Back to Kumasi - Heart 0-1 Bechem United

Fatawu Mohammed sends a long one in but referee spots a foul for the visitors.

SCORES AT A GLANCE

4' of time added on in Kumasi. Hafiz Konkoni has been announced as the Man of the Match

We move to Wa again.