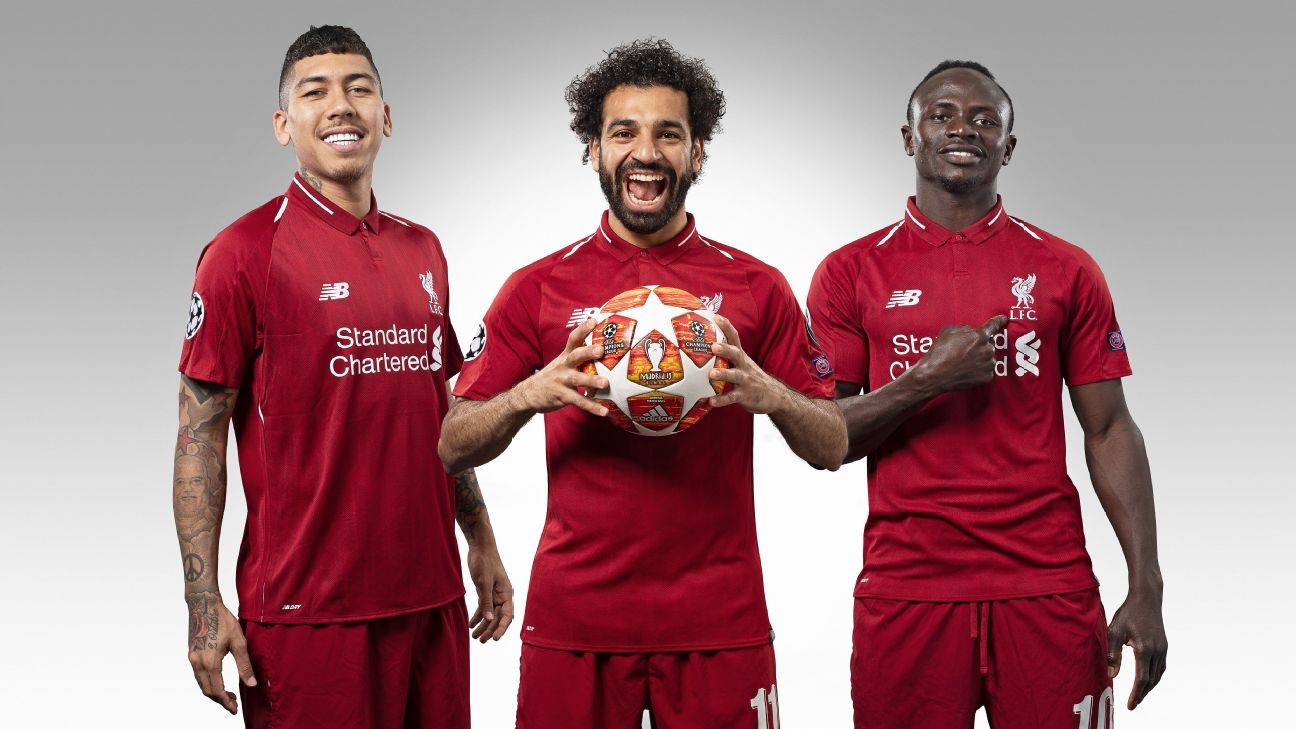 Outside of a backup goalkeeper, a 17-year-old center-back with red hair and a 16-year-old winger, Liverpool haven't added any new players this summer. Before acquiring free agent keeper Adrian on August 5, the club hadn't made a single senior signing. (And since Alisson went down in the first half of the season opener vs. Norwich, Adrian's now the starting goalkeeper until further notice.)

While the teams chasing them at the top end of the Premier League all improved in the final week of the summer transfer window, the Reds decided to stay put, not adding anyone who will likely contribute significant first-team minutes this season.

Last year was about as good as it gets. Liverpool won the Champions League and racked up the third-highest points total in Premier League history. They did it with a team of players who all peaked together or whose best years were still years away. Among the 15 players who played at least 1,000 Premier League minutes last season, 14 of them were 28 years old or younger at the start of the campaign. The only player on the wrong side of 30 was James Milner, whose Premier League career will seemingly last forever.

- Transfer review: Where did top Premier League clubs fail?
- Borden: Christian Pulisic is not your wonderboy anymore
- 30 Under 21: The best young stars in men's soccer
- Freddy Adu: "I'm not ready to give it up"

On top of that, there are plenty of "like a new signing" types who will be expected to contribute way more than they did in 2018-19. Naby Keita only made 16 starts in the league, while Alex Oxlade-Chamberlain missed all but 16 of the available minutes after tearing his ACL in the 17-18 Champions League quarterfinal against Manchester City.

If you wanted to zero in on a weakness from last year's first XI, it would be the lack of attacking output provided by the midfield. Keita and Ox are two young, dynamic passers and dribblers with track records of scoring and creating goals from deep. There's certainly a case to be made that they'll provide some internal improvement or at least help stave off some of the inevitable regression for a team that experienced significant good fortune at both ends of the field (89 goals on 90.92 expected, 22 goals conceded on 34.64 expected).

Liverpool were one of the three best teams in the world last season. Milner remains the only significant contributor who is north of 29; barring an injury crisis or a season-long spell of rotten or impossible luck, Liverpool should be one of the best teams in the world once again. But Jurgen Klopp and Co. can't keep doing this forever. A squad that peaks together declines together, too.

They were smart in seizing on the market for Philippe Coutinho and reinvesting the money in the spine of this new team but will they be so savvy again when Spain's super clubs come knocking for one of their all-star forwards?

In short, should Liverpool consider the unthinkable and break up their fabulous front three?

Set pieces are great, and the same goes for Virgil van Dijk, who is "Mr. Indispensable" for the Reds, Alisson and cut-rate world-class fullbacks, but Liverpool have climbed this high thanks to their front three.

Since Mohamed Salah arrived from Roma in the summer of 2018 to complete the trio with Sadio Mane and Roberto Firmino, Liverpool have the second-most points in the Premier League behind the impossibly deep Manchester City. From 2010 to 2017, the club never made it beyond the Champions League group stages. With those three attackers, the club has reached the last two finals and won one of them.

It goes further than that. Since the beginning of the 2017-18 season, Salah, Mane and Firmino have combined for 158 goals in the Champions League and Premier League. That's nearly two-thirds of the team's 244 goals over that span. Beyond those three, no other player still with the club has more than seven goals.

Their value is obvious both inside and outside of Anfield. According to the CIES football observatory's transfer valuations, Liverpool's front three are worth a combined €521.6 million. Salah (€219.6m) is listed as the second-most valuable player in the world behind Kylian Mbappe, while Mane (€157.8m) is sixth and Firmino (€144.2m) eighth. Unsurprisingly, no other club has three players within the top 10.

However, those values won't be that high for that much longer. Salah turned 27 in June, Mane celebrated the same birthday in April and Firmino turns 28 in October. Most attackers start to decline right around this time. Take a star player, throw in a minor drop-off in production and you've still got a star player, just slightly diminished. But when it happens to three guys at once, the effect on the team's performance could be exponential.

So Liverpool have a problem to solve. It's a problem they're lucky to have, but a problem nonetheless.

They can keep all three and get the maximum amount of on-field production out of them over the next couple of seasons, but that would eventually leave them with a trio of declining, expensive older players whose transfer values will have greatly declined. (All three are on contracts that expire on the same day, too: mark your calendars for June 30, 2023.) Or they could try to sell high on one right before the decline comes, running the risk of missing out on another great season or two, but then use that money to find a replacement, re-invest elsewhere in the squad, or both.

Among the front three, Salah is the untouchable. Over the past two seasons, he leads the team in -- deep breath -- shots, goals, assists, expected goals, expected assists, take-ons, chances created, big chances created, touches in the opposition box, sequences ending in a shot and sequences ending in a goal. Pick any attacking statistic that relates to putting the ball in the net and Salah is likely Liverpool's leader.

Barcelona: Who will play alongside Messi up front?

Man United: Who should Solskjaer build around?

Bayern Munich: What will the German champs look like?

As for Mane and Firmino, it might just come down to age vs. current value. Despite functioning as the team's de facto no. 9, Firmino provides an aggressive defensive presence and leads the team in through-balls completed over the past two seasons. He's just two goals behind Mane over that stretch, while also offering 22 assists to Mane's 11. But Firmino's seven months older and Mane tied for the Premier League in goals this year, so the latter would likely command a higher fee.

It seems absurd to even be considering breaking up one of the best attacking trios we've seen this century but to remain competitive, the majority of clubs must constantly try to balance the present with the future. Time always wins. Every player eventually gets older and eventually gets worse, so managing a squad is a constant juggling act between making short-term sacrifices for long-term gain and vice versa, all while acknowledging that the whole point of this enterprise is to win as many points as you can, year after year after year.

Only a handful of clubs can really afford to maximize the present and the future at the same time. Liverpool aren't one of those teams -- at least not yet.

According to the most recent Deloitte Money League rankings for the 2017-18 season, Liverpool recorded the seventh-highest revenue (€513.7m) in world soccer. That number, and potentially that ranking, will be even higher next time around. According to the Swiss Ramble, an anonymous expert in football finances, Liverpool's European Cup victory pushed their total revenue from broadcasting (Premier and Champions Leagues, combined) up to €251m -- the most money any club has ever received from television.

The club has plenty of money to spend and a source who works with European clubs told ESPN that he expects Liverpool's revenue, on the back of two deep Champions League runs plus the Premier League's world-leading TV deal, to soon catch up with the likes of Manchester City and Paris Saint-Germain, two clubs that can build for the future without having to sell off any of the present. However, Liverpool owner John Henry told The New York Times Magazine in May that the purchases of Alisson, Van Dijk and Fabinho would not have been possible had the club not sold Coutinho to Barcelona.

Whatever their financial future, it appears that not much will change at Liverpool this season or perhaps even next season. But at some point soon, the club is going to enter into a new era -- for one reason, or another.