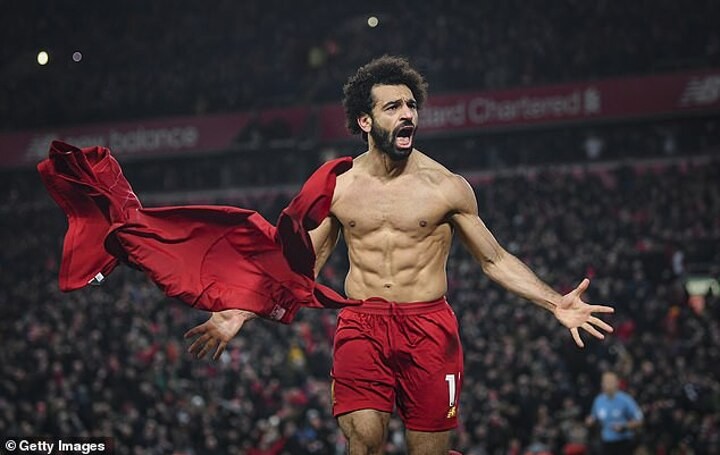 One of the fiercest rivalries in football will get even more heated on Sunday as old enemies Liverpool and Manchester United face off at Anfield for one of their most defining clashes in decades.

Defending Premier League champions Liverpool are fighting to keep United's hands off their crown after Ole Gunnar Solskjaer's revitalised side pulled three points ahead of them at the top of the table last week.

Liverpool's squad have been battered by injuries and Covid outbreaks this season and haven't quite been the same electric team that stormed to the title last year, but will need no more motivation to get one over their rivals and get their title race back on track. Here, Leanne Prescott gives her take on how the Reds can halt this in-form United side in their tracks and leapfrog them in the table.

The visit of Manchester United at Anfield was one of the highlights of the season for Liverpool in 2019-20.

Prior to kick-off, Jurgen Klopp's side had beaten 18 teams in the Premier League. At the end of the ninety, he had beaten all 19. They outplayed, outfought and outclassed United. There was no tense affair, no cagey opening and no sizing up of the opposition. The Reds had come to play and play they did.

Alisson's quick goal-kick to unleash Mohamed Salah in the closing minutes was a moment for the ages. Swathes of supporters suddenly dared to dream. Alisson sprinted to the other end of the pitch and produced a perfect knee-slide, and the league title was on its way home.

Looking back, the noise, the emotion and sense of camaraderie makes you miss the supporters even more. Anfield erupting. The songs in full flow. People singing at the top of their lungs. The enthralling, gripping atmosphere, the infectious edge that feeds down to the players – Sunday won't be the same without them.

When Ole Gunnar Solskjaer's side return to Anfield at the weekend, though, they will do so in altogether different circumstances. For the first time since Sir Alex Ferguson was in charge, the two English giants lock horns in a top-of-the-table clash that could have huge ramifications come May.

Most teams have had lulls in form this season. Manchester City started the season with a whimper but have now found their stride. Arenal were in a relegation scrap before youth offered them a spark. Tottenham have had peaks and troughs.

Liverpool are currently enduring their rough patch, and Jurgen Klopp and his players will know better than anyone that they must snap out of it soon.

For all the talk about their issues at the back, it is the attack that has posed Jurgen Klopp's biggest problems. Lax, disjointed and alarmingly mute, recent weeks have been defined as much by unforced errors and blunt attacks as they have for their perpetually changing centre-back pairings.

Indeed, it seems an eternity ago that they had their own Goal of the Season competition, having drawn blanks in the last two games for the first time since May 2018.

The quick transitions synonymous with a Klopp side have suffered in the absence of Virgil Van Dijk and Joe Gomez, while the loss Diogo Jota, so often the go-to player at the start of the season, has hit just as hard.

Games against West Brom, Newcastle and Southampton represented one of the most favourable Christmas periods Liverpool have had in recent years, but just two points from a possible nine have left the vultures circling, with their fiercest rival usurping them at the top of the league - adding extra significance to this famous fixture.

Even for an hour against a youthful Aston Villa side in the FA Cup, the performance was far from a resounding success.

If you didn't know the age of the Villa team, you wouldn't have known it was men against boys. The kids went toe-to-toe with the Champions, they defended resiliently and coped easily enough until the switch was flicked.

Form is temporary, class is permanent, though, as the old saying goes.

This is a season like no other and teams across the board have stuttered.

Liverpool's current predicament is far from a crisis – after all, for a team so plagued by injuries, they are still dining at the top of the table. But it is a concern, particularly compared to the standard they've set themselves over the past 18 months.

This is a team, though, that can blow anyone away on their day. They haven't torn up the record books purely by chance. There is no better time to remind people than Sunday.

You'd expect Klopp to make some changes, the biggest of which hinges on the fitness of Joel Matip, who appears to be losing his battle against time having been absent from training at Kirkby on Wednesday.

If fit, then it's a straightforward decision at the heart of the defence, with Trent Alexander-Arnold at right back and Andy Robertson at left back. It would then leave Jordan Henderson to return to midfield alongside Georginio Wijnaldum and Thiago, who can be the game changer on his Anfield debut just as Bruno Fernandes has been for United.

When Thiago is on the ball, he makes the team tick. Even in the handful of minutes we've seen of him so far, he has showcased his impeccable technique - taking one touch where most take two, finding space, spraying passes and seemingly always finding his man. Every pass, every tackle has you nodding furiously in approval.

The ball moves quicker. The players break between the lines. The chances flow.

There will be several key battles across the pitch come Sunday, but few will be as important as Thiago and Bruno Fernandes, who will both hold the key in attack.

Should Klopp be without his only remaining senior centre back, however, it'll leave him with a huge decision to make.

Nat Phillips and Rhys Williams should be commended for stepping in, but it's begun to take its toll in recent weeks, with both exposed and Henderson preferred at St Mary's.

While the skipper did a decent job against Southampton, doing so comes at too great a detriment to the team's overall balance and midfield control, with Williams arguably the best option at Klopp's disposal.

Elsewhere, Xherdan Shaqiri is another tempting option to add some unpredictability to the attack, providing intricate interplay in the centre of the pitch, thereby alleviating the dependency on Robertson and Alexander-Arnold to create.

As for United, it remains to be seen whether they will be in the mix come the end of the season, but they have that knack of grinding out results at the moment.

They aren't particularly crisp, nor do they play teams off the park in the way others have, but they have been more stable than most in recent weeks in a season that continues to deliver so many twists and turns.

Paul Pogba has enjoyed somewhat of a renaissance in recent weeks, while Bruno Fernandes has single-handedly changed fortunes at Old Trafford. It's a game that could well hinge on Liverpool's ability to keep him quiet, halting the supply lines into an attack full of blistering pace.

It's always a huge game when Manchester United come to town but given the team's respective league positions heading into Sunday, the stakes feel even higher than normal.

The next week could well define the rest of Liverpool's season; it will also show just how serious United are as challengers.

The Reds haven't been their usual selves of late, but they so often rise to the occasion when they need to. They must dust themselves off, straighten out the kinks and get back to full pelt as soon as possible.

Rest assured, Klopp and his players will be desperate for a response. There is no better game to do that than this.