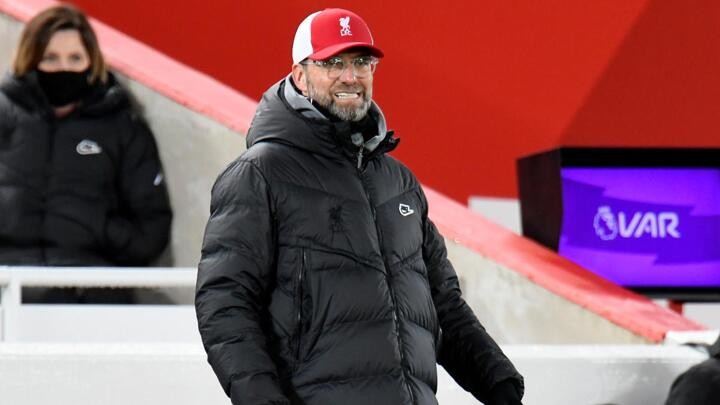 The Reds' undefeated run of 68 games at Anfield ended on Thursday evening and Liverpool manager Jürgen Klopp admitted that discussing the title race now was "silly".

Klopp said it would be ridiculous to discuss the title race given his side's form.

"It's just we have to win football games – it was always like this. For this we have to score goals, there is no doubt about it. That's what we have to change and have to do better. If things don't work, you have to work harder, do the right things more often, longer and more consistent, all these kinds of things.

"But not talking like it is an easy situation, it's not. It shows a lot of things. It's incredible how consistent the boys were but that was never something that anybody should have taken for granted because now we see they are all human beings, that's how it is. And now I have to make clear about what we have to do in the right moments and then we will score goals again."

Liverpool had 27 shots without scoring against Burnley, the most they have had in a single league match without finding the back of the net since April 2013.

Klopp said his players were lacking some confidence amid their poor run of form.

"We can do more with this group, we can play much better football, that is my concern. That is what I am thinking about," he said.

"The confidence is not on the highest level, I think that is so obvious that I don't have to mention it – you can see it in specific moments. It is like 90 per cent of all what the boys did all of the time is still there, but the decisive 10 per cent in the moment is missing.

Liverpool face Manchester United in the FA Cup fourth round on Sunday - a game you can follow live on AS English - before visiting Tottenham four days later in the league.