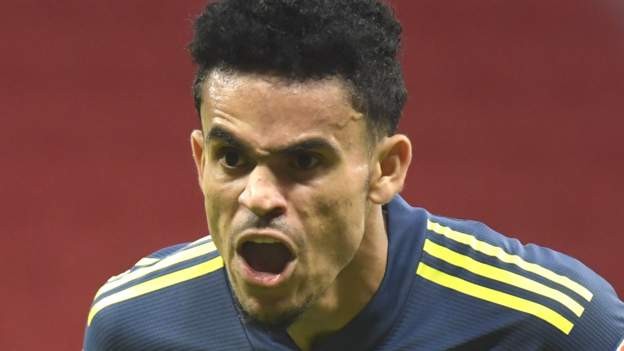 Liverpool are trying to sign Colombia winger Luis Diaz from Porto in the current transfer window.

Liverpool were planning to wait until the summer but changed their stance as it became clear that Diaz could move elsewhere if they did not act.

The 25-year-old had been linked with a move to Tottenham, who reportedly had a bid of around £38m rejected.external-link

Diaz was Liverpool boss Jurgen Klopp's first choice for the summer when the asking price would have been €60 million (£49.9m).

However, the proposed move is far from straightforward as Diaz is currently with his national team.

Diaz has played against Liverpool twice in the Champions League this season, with Porto losing 5-1 and 2-0 in the group stages of the competition.

Porto failed to progress into the knockout stages of the competition after finishing behind Liverpool and Atletico Madrid in their group. However, they are top of the Portuguese top division, with Diaz having scored 14 goals and registered five assists in 18 league appearances.

If the deal is completed this window, it will be seen as a big coup for Julian Ward, who will take over as Liverpool sporting director when Michael Edwards leaves in the summer.

Ward had led on the move for Diaz, while Edwards has played an important role in support.