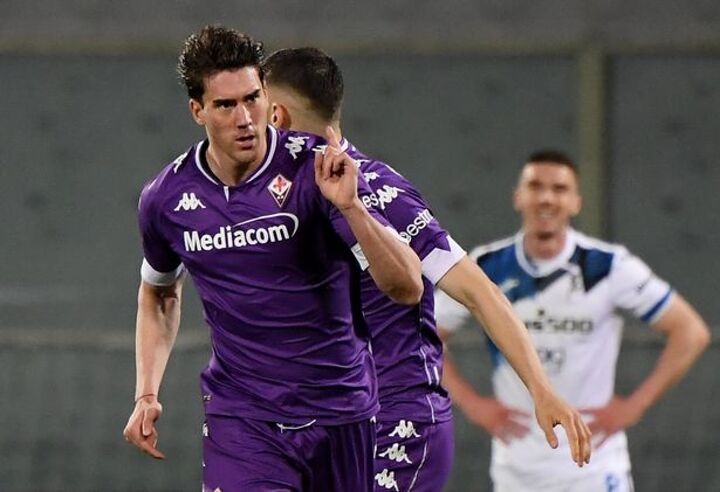 Liverpool have reached a crucial point in their season.

The Reds ended a four-month wait for a Premier League victory at Anfield by beating Aston Villa on Saturday to boost their hopes of finishing in the top four.

They also have a Champions League showdown with Real Madrid to look forward to, but face a mammoth task to overturn a 3-1 deficit in Wednesday's second leg.

Amid the flurry of domestic and European fixtures, transfer speculation is coming thick and fast.

Jurgen Klopp will be desparate to bounce back from an underwhelming season next term and the German knows his squad will need a fresh injection of quality this summer.

Anfield chiefs are reportedly looking to Serie A as they search for a striker to compete with Roberto Firmino for the No.9 role.

The Reds are likely to explore the possibility of signing a new centre-forward this summer due to Roberto Firmino's goal-shy form.

Vlahovic, 21, is an attractive prospect having netted 15 goals in 29 Serie A appearances this season.

Bayern Munich have ruled themselves out of the race to sign soon-to-be free-agent Georginio Wijnaldum, according to German publication Abendzeitung .

Wijnaldum has just two-and-a-half months left on his contract at Anfield and there is no indication he is close to agreeing to a new deal.

Barcelona have been favourites to sign the Dutch midfielder for the majority of the season and he has also attracted interest from other clubs across Europe.

The report claims Wijnaldum was offered to Bayern Munich by his agent, but the Bavarian giants decided against a swoop as they are reluctant to meet his wage demands.

Mane's head "may have been turned"

Sadio Mane's slump in form may be due to his head having been turned, according to former England striker Kevin Phillips.

The Senegal forward is without a Premier League goal since January and has not been his usual creative and prolific self on the left wing for many months.

Jurgen Klopp voiced his worries over Mane on Saturday and Phillips has echoed the Reds boss with a "concerning" admission.

"Has Mane had his head turned? It is just one of those seasons? When a player has a dip like this you start to ask questions," Phillips told Football Insider .

"It looks like at times he could push himself a little bit harder. His form is concerning and they will certainly not want it to carry on into next season.

"I really hope he starts performing because for me, he is a world-class player."