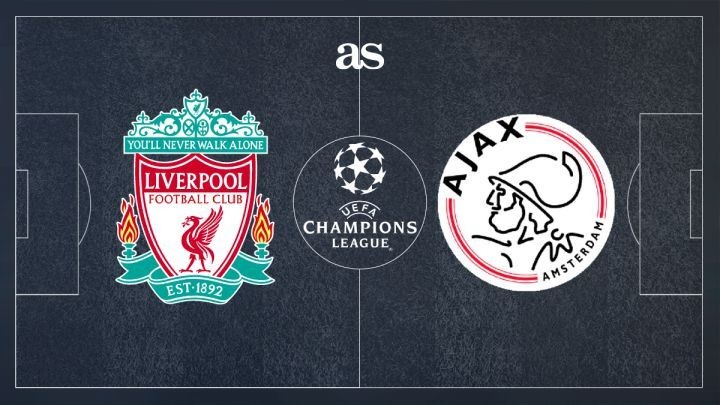 All the information you need to know on how and where to watch Liverpool host Ajax at Anfield (Liverpool) in Group D on 1 December at 21:00 CET.

Premier League holders and 2018/19 Champions League winners Liverpool are having an interesting season so far, and begin the month of December by welcoming Ajax to Anfield in game day 5 of Group D.

Three wins from their opening three group games - including impressive performances in tricking ties away away to Ajax and Atalanta - appeared to have Liverpool well placed to be able to rest key players for the final games. After a very poor showing in the 0-2 Anfield loss to the Italians in the fourth game things are a little more complicated, although still clearly in their own hands.

The visit of the Dutch champions also comes on the back of two points dropped to lowly Brighton at the weekend and so Jürgen Klopp will want his side to bounce back with an authoritative victory on Tuesday to give them 12 points and virtually guarantee them top spot for qualification before a trip to play Midtjylland.

This season, however, has seen The Reds hit hard by injuries and as Klopp takes the fight to the powers that be over fixture scheduling, he'll have to balance fitness levels with competencies. Several of his back-up players have shown they are up to the task in recent weeks - the domination of then table toppers Leicester being a perfect example - but it's clear that a careful and specific utilisation of these players is required. That hasn't happened in the last two matches.

As for Ajax, they are fighting with Atalanta to join Liverpool in the knockout phase and getting something at Anfield could be crucial to that. Currently on the same points as the Italians, they know that their rivals are expected to pick up all three points against Midtjylland.

And although underdogs for the game against the English side, those earlier mentioned injuries, and the relatively lacklustre recent performances, could be capitalised upon. Since their 0-1 home defeat to The Reds on 21 October, the Dutch side has scored an incredible 38 goals in just eight games (including the 13-0 win over VVV-Venlo).

Can a makeshift Liverpool defence cope with that sort of firepower?

What time does the Liverpool vs Ajax match start?

The 2020/21 Champions League match between Liverpool and Ajax will be played at Anfield (Liverpool) and will kick off at 21:00 CET on Tuesday 1 December 2020.

Find out what time Liverpool vs Ajax gets underway where you are in the world.

Where can I watch Liverpool vs Ajax?

No matter where you are on the planet, you can see what channel the Liverpool vs Ajax match is available on here.

You can also follow all the key developments and statistics here on AS English.