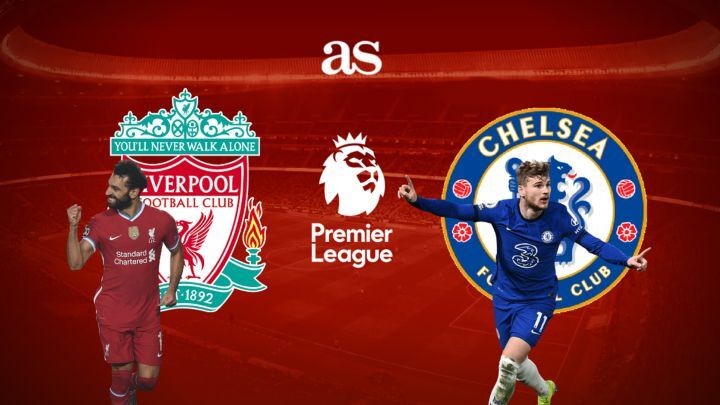 All the information you need to know on how and where to watch Liverpool v Chelsea Premier League match at Anfield (Liverpool) on 4 March at 21:15 CET.

The race for the top four in the Premier League continues this Thursday, as Liverpool take on Chelsea at Anfield in one of the most exciting games of the day.

The current champions, sitting sixth in the standings with 43 points, have one less than the Blues, who, at the same time, are one point behind West Ham.

Liverpool could make history if they lose to Chelsea

Taking into account that leaders Manchester City have 21 and 22 more points respectively, with one more game played, the Champions League has become a prority for both teams, as they have a solid chance to advance to the next round after beating Leipzig and Atlético Madrid.

Liverpool only won two games out of 11 prior to last weekend's 2-0 win over Sheffield United at Bramall Lane, losing the last four they played at Anfield. If they lose to Chelsea, they would fall to five successive home defeats for the first time in their entire history.

Meanwhile, the visitors haven’t lost since the arrival of Thomas Tuchel, with six victories and three draws and just conceding two goals. However, they haven’t been that productive up front, as they have scored 10 goals in those last nine games. And they will need to be, since they haven't won a league game at Anfield since 2014.

Becker and Fabinho are back

Alisson Becker is expected to return for this match, following the tragic death of his father in a swimming accident in Brazil last week, while Fabinho will probably return too.

Diogo Jota, who missed the Sheffield United match, seems to be fit after suffering a knee injury that has kept him out since December, but he’s not expected to feature from the start.

Silva and Abraham, the only concerns for the visitors

As for Chelsea, they have almost their full squad available, except for Thiago Silva and Tammy Abraham, with whom there are fitness concerns.

Hudson-Odoi will be available to face Liverpool after being taken off at half time against Manchester United due to some knee issues.

Thiago Silva is now back in training but Tuchel might prefer not to risk with him, while Abraham is doubtful after suffering an ankle problem.

It will be interesting to see which plans Tuchel has for the attacking line, with Timo Werner, Kai Havertz and Olivier Giroud all available for Anfield.

What time does the Liverpool vs Chelsea match start?

Where can I watch Liverpool vs Chelsea?

No matter where you are on the planet, you can see what channel the Liverpool vs Chelsea match is available on here.

Is the Liverpool vs Chelsea game online?

Liverpool-Chelsea is available in most nations through the rights holders’ online platform, if they have one. The best option is to check who is showing the game in your country and if they have an online service or Ios/Android app to watch it on.

For example, you can watch the game on DAZN.