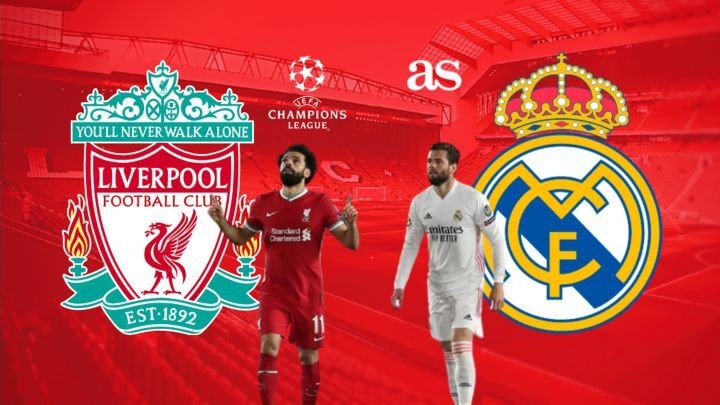 All the info on how and where to watch Liverpool host Real Madrid in the Champions League at Anfield on 14 April at 15:00 EDT / 21:00 CEST.

Liverpool will probably seek some inspiration from their historic comeback against Barcelona two seasons ago in order to offer their fans another night to remember against Real Madrid in Anfield on Wednesday.

Jurgen Klopp’s men lost to 3-1 Los Blancos in the first leg a week ago and the Reds will need to improve their game to stand a chance of reaching the Champions League semifinals.

Los Blancos, in top shape, but Liverpool can come back

However their respective league positions are completely different: Madrid are in second place, one point behind Atlético Madrid, while Liverpool are sitting sixth, 22 points behind leaders Manchester City.

Liverpool have won 11 of their previous 15 European Cup quarter-finals and have only ever lost 11 home matches in the Champions League, but five of those came against Spanish opposition.

Mané, Firmino and Salah up front?

Jordan Henderson won’t be fit in time to feature in the second leg, but Curtis Jones, who didn’t play against Aston Villa, should be ready to feature. Origi will also be on the sidelines due to a muscle injury.

Sadio Mané will return to the starting XI, while Roberto Firmino and Diogo Jota will both hope to get a spot up front together with Mohamed Salah.

Madrid have 'Real' problems in defence

As for Madrid, Dani Carvajal, Sergio Ramos and Raphael Varane will miss out also the second leg.

Moreover, the bad news for Zidane goes on, as Lucas Vázquez could be out for the season after a cruciate ligament sprain, so Álvaro Odriozola will feature from the start on Wednesday.

Federico Valverde, who was recovering from a bruised foot, has traveled with the rest of the team but it’s unclear if he will be ready to play. Eden Hazard will miss out the game.

What time does Liverpool vs Real Madrid start?

The 2020/2021 Champions League quarter-finals second leg between Liverpool and Real Madrid will be played at Anfield (Liverpool) and will kick off at 3pm EDT on Wednesday 14 April 2021.

Find out what time Liverpool vs Real Madrid gets underway where you are in the world.

Where can I watch Liverpool vs Real Madrid?

No matter where you are on the planet, you can see what channel the Liverpool vs Real Madrid match is available on here.

Is the Liverpool vs Real Madrid game online?

Liverpool-Real Madrid is available in most nations through the rights holders’ online platform, if they have one. The best option is to check who is showing the game in your country and if they have an online service or Ios/Android app to watch it on.