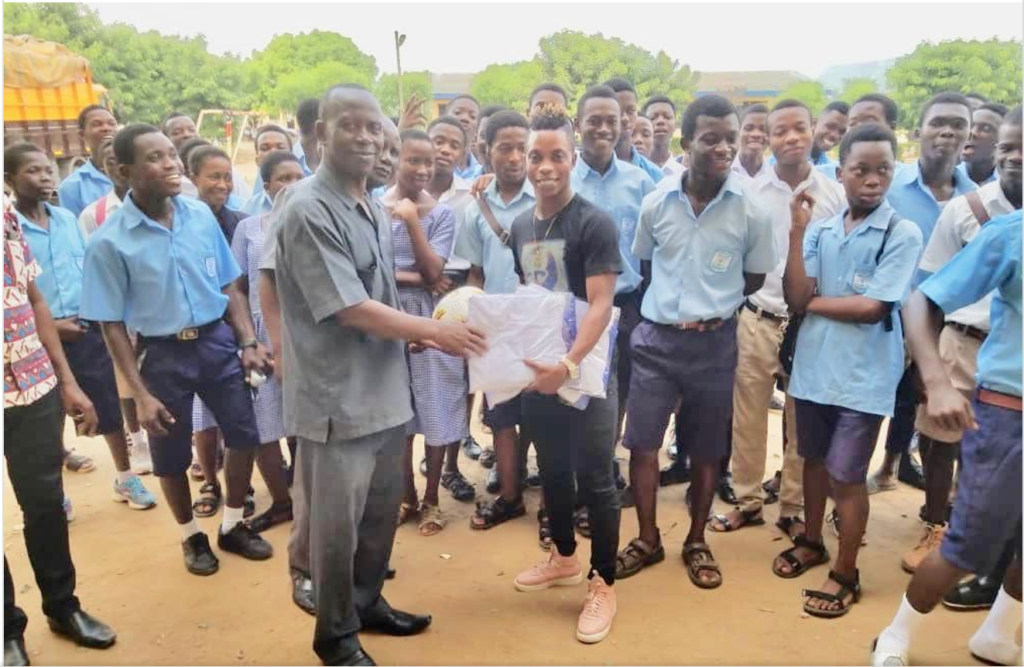 For many Major League Soccer players, the offseason is a much-needed time to rest, travel and relax with family.

But for Los Angeles FC forward Latif Blessing, the offseason was a time to focus on his greatest passion — using the sport of soccer to give back to his hometown.

Blessing was born and raised in Nankese, a small village tucked into southeastern Ghana. Soccer quickly took Blessing away from his hometown, moving him south to the country’s capital, Accra, to play for a youth development team when he was 16, and then to the United States in 2017 to play with MLS’ Sporting Kansas City.

But he remains closely tied to his home country and his village, where he travels every offseason to give back.

“I’m proud to be a Ghanaian,” Blessing said. “I was young when I started playing and I thought that maybe I was going to get far. So now today, I did get far, so I need to help those who are back.”

This offseason, Blessing returned to Nankese to provide new jerseys and balls to his former high school, which did not have new gear for the upcoming season.

Blessing calls the effort “Share The Blessing” and is looking to continue outreach throughout the years in a variety of ways.

“In Ghana, we don’t have a lot of stuff, you know,” Blessing said. “Nobody is wearing boots that are good. There’s no pitch in a village, so, ‘OK, we’re gonna help you.'''

Blessing is hoping to do more than donate jerseys and gear. He feels the resources of Nankese don’t match the natural talent that exists there, in a village that worships the game of soccer almost as a second religion.

In the coming years, Blessing hopes to install a full soccer pitch, which would then become the foundation for his ultimate goal — an academy offering the opportunity for local players to pursue the sport at a higher level.

That has been Blessing’s goal since he first came to the United States. One way Blessing continues to build resources to establish his academy is through the support of his team.

Teammates from Kansas City and LAFC continue to donate and provide publicity for his fundraiser, which has raised more than $7,000 of an expansive $100,000 goal.