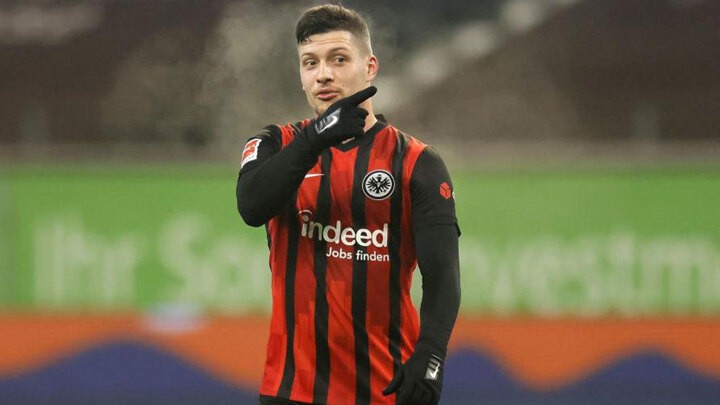 Never before have Real Madrid fans and non-Real Madrid fans been so intrigued by a Bundesliga match between Eintracht Frankfurt and Schalke. Yet people were watching to see Luka Jovic and most were convinced that he'd score as soon as he came on. That's the kind of thing that would happen in Real Madrid world.

The problem for Los Blancos is that he didn't just score one. The Serbian netted two, the same number he managed in 18 months in the Spanish capital. It would be wrong to say now that Real Madrid were wrong to loan him out as this was a good loan given that Jovic wasn't going to play much over the rest of the season if he had stayed.

What can be criticised is the management of the striker during the time he has been at Real Madrid. The two goals against Schalke make it clear that he isn't a bad striker. With the first goal, he gets the volley perfect to fire it in. With the second, he moves away from his marker and scores down low. These are things that were hardly seen at Real Madrid...

Zinedine Zidane should have done more and Jovic should have done more. The Serbian, it has to be said, did little to learn the language and took some wrong steps in response to the COVID-19 situation by breaking quarantine, by having a party, by joining up with friends. He wasn't an angel in this sense, it's true. On the pitch, he didn't play much. When he did, he was cold and not the player he'd been in Germany where he felt more comfortable.

Now, Real Madrid will be laughed at by some, but Jovic's goals with Eintracht Frankfurt should be celebrated and fans should hope he returns in the summer as a more complete player and with confidence. When he returns, he needs to be given affection, confidence and minutes.

The Jovic situation also invites another reflection, one that isn't very good for Zidane. For whatever reason, the youngsters aren't to Zidane's liking and the old guard are still being preferred to youngsters. Martin Odegaard returned from Real Sociedad as a star and has disappeared at Real Madrid too, while Vinicius can't get going and Fede Valverde - the one who Zidane has trusted the most - can't quite make himself undroppable.