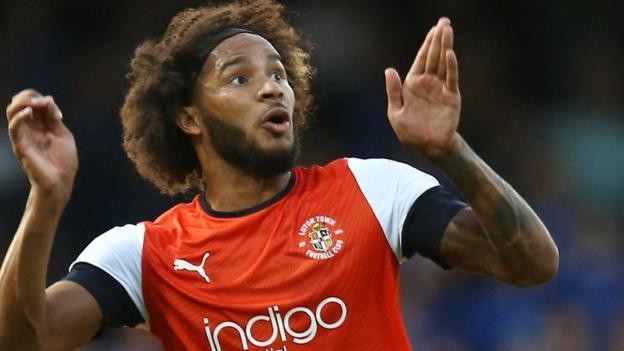 Luton could hand a league debut to on-loan Chelsea forward Izzy Brown after impressing in their midweek cup win.

Callum McManaman and Martin Cranie are likely to be recalled though winger Luke Bolton (calf) is a doubt.

New West Brom signings Charlie Austin and Grady Diangana could start, having made debuts in the cup on Tuesday.

Matheus Pereira and Chris Willock may also get their first taste of Championship football, though Ahmed Hegazi (ankle) remains sidelined.

Luton manager Graeme Jones was assistant manager at the Baggies last season before he and boss Darren Moore were sacked in March.

Luton Town and West Bromwich Albion's most recent meeting was in the League Cup first round last season, with the Baggies winning 1-0 at the Hawthorns. In league football, Luton and West Brom have not met since the 2006-07 season, with the Baggies unbeaten in both meetings (W1 D1 L0). Luton have scored more set-piece goals than any other Championship side so far this season (3), with 45% of their efforts at goal coming from set-piece situations (9/20). Excluding play-offs, 13 of West Bromwich Albion's last 23 league goals have been scored via set-pieces. Luton Town have not lost consecutive league matches since September 2016 - this will be their 133rd league game since then. West Bromwich Albion have not won their opening two away league matches of a season since 2009-10, a season in which they were promoted from the Championship.