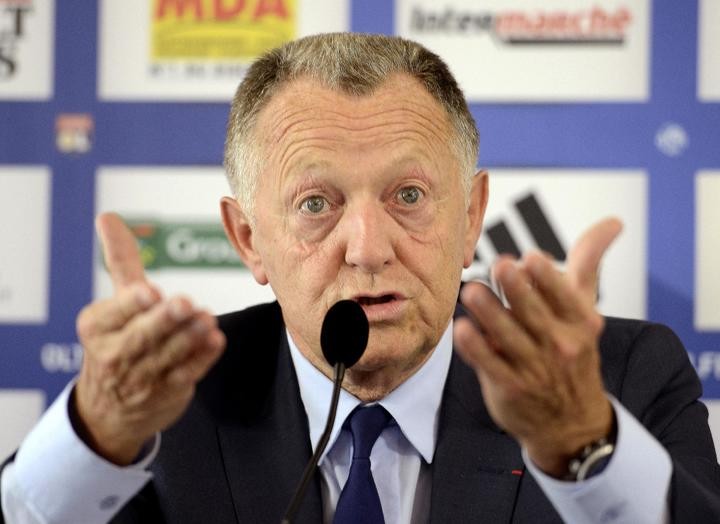 Lyon president Jean-Michel Aulas again criticised the decision to cancel the rest of the Ligue 1 season, saying it was a stupid move.

The remainder of the Ligue 1 campaign was cancelled last month due to the coronavirus pandemic.

But it is the only one of Europe's top five leagues to make that move, with the Bundesliga having restarted and La Liga cleared to begin from June 8, while Serie A and the Premier League are also bidding to resume.

Aulas said the fact Ligue 1 had decided against playing out the rest of its campaign showed officials had lacked patience.

"In reality, what they said at this meeting with UEFA, it's patience," he told L'Equipe on Saturday.

"When we see that our leaders attended, drawing different conclusions, we say that we are really too stupid, excuse me for the term."

Aulas has pleaded for the decision to be reconsidered and said it made little sense that Spain, hit harder by Covid-19, could restart and France could not.

"It is nevertheless paradoxical that a country like Spain, which has been more affected than France by the pandemic, has thought about and found answers," he said.

Lyon finished seventh in the table with the season stopped, while Paris Saint-Germain were awarded the title.

Lyon have backed up Aulas' latest comments and issued a statement of their own on Saturday in the wake of La Liga confirming their imminent return.

"Olympique Lyonnais hopes that the example of Spain coming after that of Germany [the Bundesliga returned behind closed doors last weekend] will make it possible to reconsider the decision taken in France too hastily," a club statement read.

"We can reasonably imagine the position of the coaches and players of the French championship is today much more favourable to a resumption of competition than during the UNFP [France's players union] poll of April 23 or when Didier Deschamps told president Emmanuel Macron on April 27 of his reluctance and fears for the health of the players."