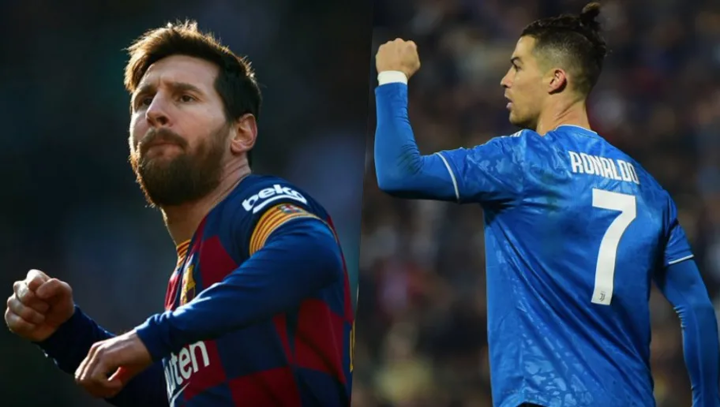 There were many moments to remember last night. Messi becomes the 1st player in history to register 1,000 goal contributions after netting 4 in Eibar clash; Ronaldo also scores in the 1000th senior match of his illustrious career; Goal machine Haaland earns his 40th goal of the season...

There are things we must know from last matchday.

He's done it again! Leo Messi reaches another otherworldly milestone — he becomes the first and only player in history to register more than 1000 goal contributions.

Here's how the number looked before the Eibar game:

Thanks to the four goals Leo scored past Eibar, the 32-year-old now has 1002 contributions.

Messi's list of achievements is ridiculous, but becoming the first player to 1,000 goal contributions, that is either scoring or assisting a goal directly, in the history of the game is simply phenomenal.

Besides, the Argentine was going through a four-game 'drought' in La Liga. The forward put an end to that rocky path and will look to improve his numbers in the Champions League.

If there was one small question mark surrounding the Argentine's glittering career it would be that he has failed to win a World Cup or Copa America with his country, but this latest achievement goes to show once more that he is from a different planet.

There's absolutely no doubt that Cristiano Ronaldo will be remembered as one of the greatest footballers of all time.

Saturday's clash between Juventus and SPAL at the Stadio Paolo Mazza was the 1000th senior match of Ronaldo's illustrious career.

And, of course, the veteran forward scored.

His strike, tapping in from close range after Juan Cuadrado’s cross into the box was his 42nd goal in Serie A since joining the league last season. The Portuguese forward has already matched his tally of 21 from last season, despite playing 10 fewer games, but there was something more significant.

Ronaldo has now equalled Rui Costa's record for the most goals scored by a Portuguese player in Serie A. But, remarkably, the former Real Madrid and Manchester United man has done so in 52 games compared to Costa's 339 – a difference of 287.

However, the records did not stop there. This will go down as another day in Ronaldo's incredible career that he'll never forget.

Haaland is on fire!

Erling Haaland is having an extraordinary season.

The 19-year-old, who scored 28 goals in 22 games for Red Bull Salzburg this season prior to his £17 million move to Borussia Dortmund in January, continues to enhance his burgeoning reputation with eye-catching performances week-in, week-out.

The Norway international notched his 12th goal for Dortmund in a 2-0 win over Werder Bremen, and racked up his 40th goal of the 2019/20 season.

Achraf Hakimi received the ball on the right flank and picked out Haaland, who brilliantly darted towards the near post before dispatching perfectly past Jiri Pavlenka.

Absolutely sublime movement from the youngster.

Madrid have dropped five points in the space of a week following his side's 1-0 loss against Levante, and at post-match press conference Zidane confirms Hazard got hit on his bad ankle and will get medical tests today.

And when you've been out injured for so long, it's only natural that it would take time for Hazard to get up to speed insofar as dovetailing better with his team-mates.

The Belgian did show flashes of skill and a clean pair of heels on a number of occasions in the first half, but in the big moments, he was found wanting.

Whether it was a reticence to shoot, a pass that was delayed just that little bit too long, or miscommunication, Hazard's thought process and subsequent decision making was just a split second too slow each time.

Chelsea bounced back from Monday night's home defeat to Man Utd with a convincing and deserved 2-1 win over Tottenham.

With the battle for 4th place growing ever-tighter and the pressure on some managers increasing, a positive result here was vital for Frank Lampard's side in particular. But VAR controversy appeared again during this match.

During the game, Giovani Lo Celso stamped on Cesár Azpilicueta's leg during a 50/50 challenge. Whether or not the stamp was deliberate is almost irrelevant: it probably was an accident as Lo Celso simply looked to plant his foot, protect the ball and spin away.

But it doesn't matter if the stamp was intentional, it still happened. Lo Celso drove his foot down onto Azpilicueta and if the Spaniard was a little less lucky he could have had his leg snapped in two. VAR looked at it and decided it was no foul, and the game continued on.

That alone was bad enough, just another dumb VAR call in the Premier League. But then they went and released a statement that they had made a “human error” and that it was, in fact, a red card. For VAR to basically admit that it was a flawed process wholly vulnerable to human error completely and utterly undermines it as an objective authority in refereeing decisions.

Frank Lampard said that their correction was "not good enough" in his post-match comments and honestly, he's right. What an omnishambles.