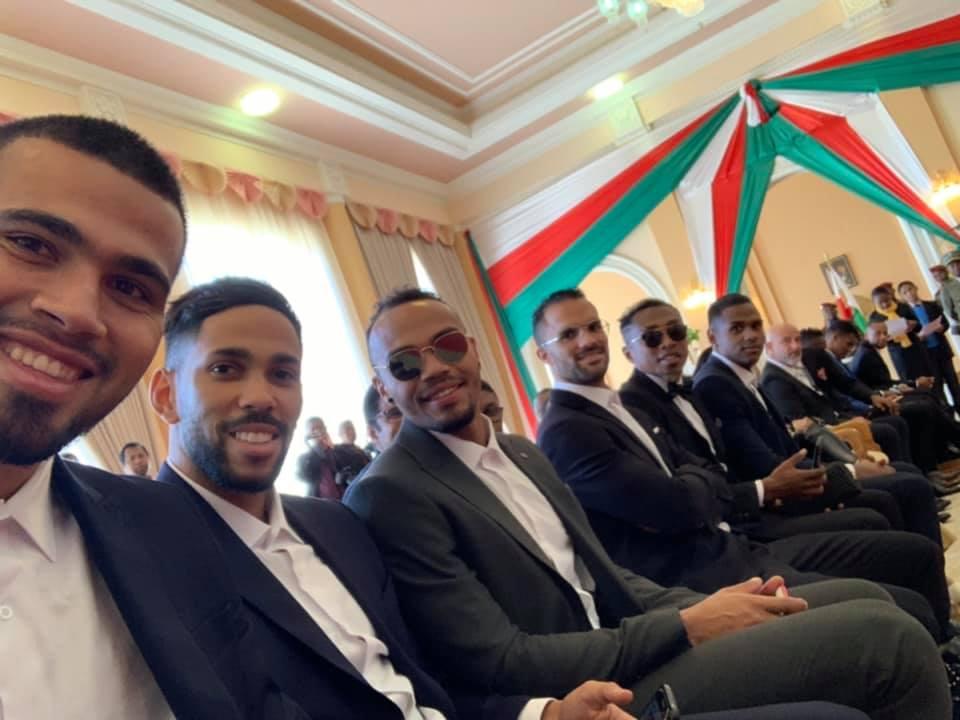 Madagascar's 23-man squad who played at 2019 Africa Cup of Nations have been awarded the rank of "Knight of the Malagasy National Order" after their exploits Egypt.

They were awarded by the President of the Madagascar, Republic, HE Andry Nirina Rajoelina at the Lavoloha State Palace in the country's capital Antananarivo.

Madagascar made their maiden appearance at Africa's flagship football tournament in Egypt and finished their group as toppers as they managed a draw against Guinea and wins against giants Nigeria and debutants Burundi.

They became the only second nation to reach the knockout stages of the tournament on their debut after Ghana did it in 1963.

The Barea went ahead to eliminate DR Congo in the round of 16 before crashing out of the tournament in the quarter-final with a defeat to Tunisia.

It is due to this remarkable and historic achievement that earned the players the award by the country's leader.