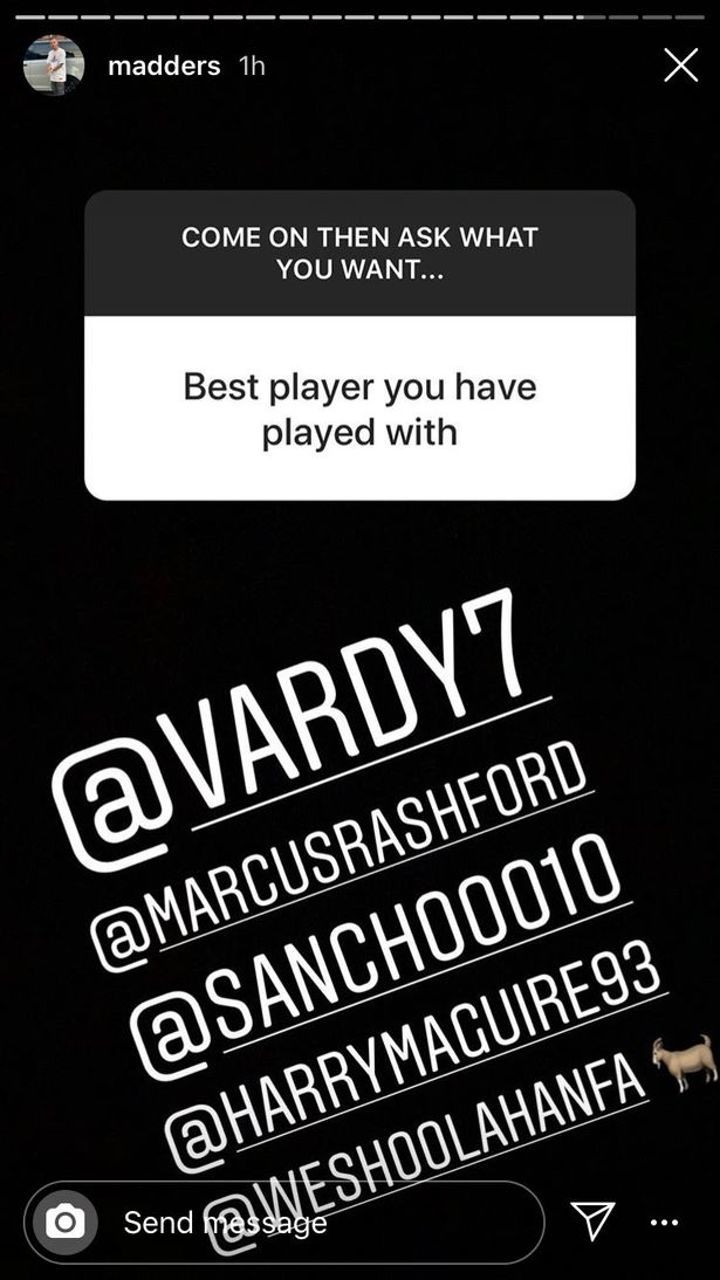 Leicester City midfielder James Maddison listed two Manchester United stars when he was asked to name the best player he has played with during his career.

The 23-year-old is on United's radar this summer after another eye-catching campaign for Brendan Rodgers' top-four chasers, during which he has scored six goals and provided three assists in the Premier League.

Widely regarded to be one of the best creative midfielders in the top-flight, Maddison has courted plenty of attention and has now teased United fans on social media.

During a Q&A session on Instagram, the England international was asked to name the best player he has played with but couldn't cut it down to just one.

Instead, he listed five players that he has played with at club and international level - including two members of Ole Gunnar Solskjaer's United squad.

Harry Maguire, who played alongside Maddison at Leicester before moving to Old Trafford last summer, was one of the United players shortlisted, alongside Marcus Rashford - with both being teammates of Maddison's on the international stage.

Leicester striker Jamie Vardy also featured along with another United target in the form of Borussia Dortmund winger Jadon Sancho - again an international colleague of Maddison's.

The final player named was Norwich City veteran Wes Hoolahan. Maddison played alongside Hoolahan before his transfer to Leicester City.