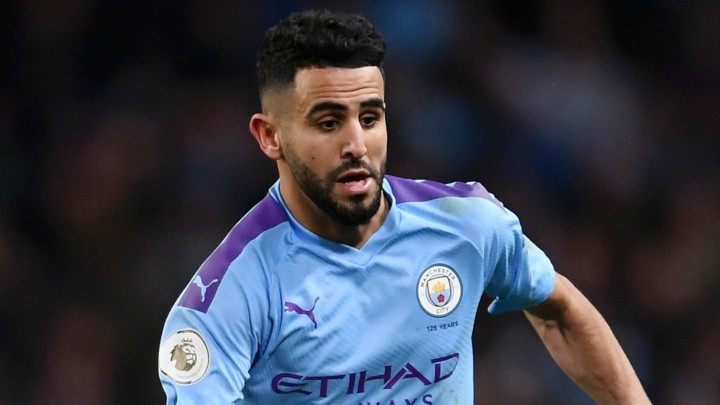 Riyad Mahrez believes that everything is in place for Manchester City to win the Champions League this season.

The Covid-19 pandemic shut down football in Europe in March but it is hoped that the competition can return in August.

City have a strong chance of reaching the quarter-finals of the competition after their 2-1 win away to Real Madrid in February's last-16 first leg, and Mahrez says there is no reason why they can’t lift the trophy for the first time in the club’s history.

“I don’t know if we are the best, but we are good enough to win it. The Champions League is difficult, everyone wants to win it, so it is going to be a big battle.”

City boss Pep Guardiola has played down his side’s chances of winning the competition, insisting it is difficult without the experience that European heavyweights such as former clubs Bayern Munich and Barcelona have.

But Mahrez was a serial winner last year having earned three trophies with City and then adding the Africa Cup of Nations as captain of Algeria.

The winger scored a dramatic last-minute free-kick in the semi-final victory over Nigeria as the country won the trophy for the first time in 29 years.

“The feeling was unbelievable,” he said. “It was a dream for me and for my team-mates from the country. To make my country happy and proud of us like we did was unbelievable.

“I still watch [the goal] sometimes. It was a big honour to score this goal and I was very proud. There are no words to describe this.

“When you are there in the competition you don’t really see the impact, you are making with the team. After, you know the impact and what it means for the Arabic and African people. I am just trying to do my best and make the people proud.”

Mahrez has been back training with the first team for a week with the Premier League set to return on June 17 with the visit of Arsenal.

“It was a bit long without football, but we adapted and now we are back, so it is good,” he added. “With the pandemic going on [training at home and doing online sessions with the group] is something we had to respect and now we have come back to training it is very good.

“Step-by-step we are getting fitter, I am excited. It was good to see my team-mates and the coaches again. It was good to train with everyone and we have had very good weather as well!”