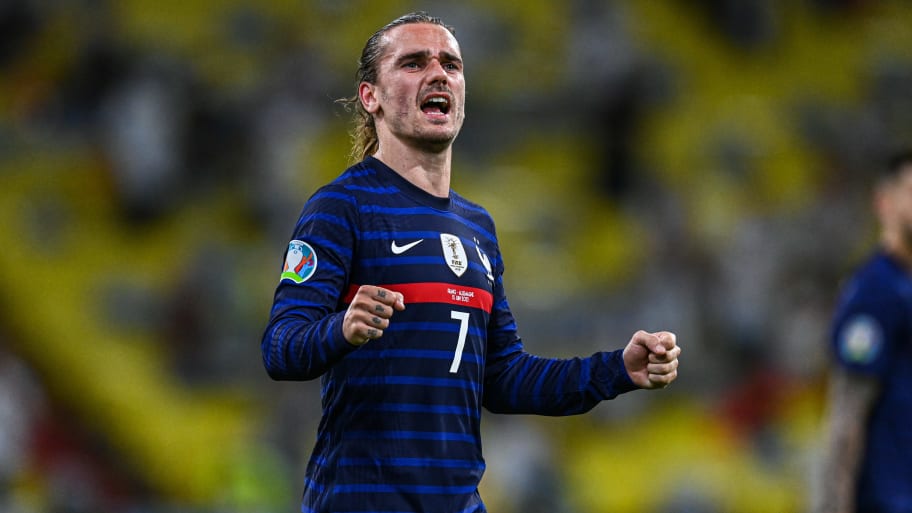 Manchester City are not interested in pursuing a deal for Antoine Griezmann as their search for Sergio Aguero's successor continues.

Pep Guardiola's decision not to offer Aguero a new deal at the end of last season has left the club's forward options looking threadbare, with Gabriel Jesus the only recognised, senior striker on the books.

A whole host of names have been thrown into the mix as potential replacements for the recently-departed Argentina international, though Guardiola's revelation that he's been priced out of a move for a top striker has cast doubt over his rumoured pursuits of Erling Haaland and Harry Kane - both of whom are valued at around £150m.

With the City boss seemingly turning his attention to other - potentially cheaper - options, Barcelona's Griezmann has emerged as a possible target.

The Frenchman has failed to live up to expectations since arriving at Camp Nou from Atletico Madrid in 2019 - scoring just 22 goals in 71 La Liga outings - though The Sun now report that Griezmann is not on City's radar this summer.

Barça are expected to sanction the departures of some big players in the coming weeks as they desperately attempt to trim their eye-watering wage bill.

La Liga president Javier Tebas recently told the club they were running the risk of being unable to register talisman Lionel Messi for the 2021/22 season if they didn't lower their wage bill, as they'd exceeded the league's salary cap.

Since then the club have announced Junior Firpo has joined Leeds for around £13m, but they're acutely aware further sales are needed.

Griezmann is one of their highest earners and Barça have reportedly come to terms with the fact they may need to sell the Frenchman if they're to abide by the league's salary cap, but it seems City have ruled themselves out of being the club to take him off their hands.


This article was originally published on 90min as Man City rule out move for Barcelona forward Antoine Griezmann.