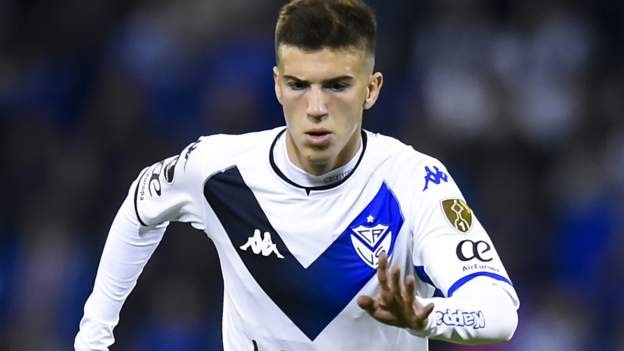 Manchester City have signed Argentinean midfielder Maximo Perrone on a five-and-a-half-year deal for about £8m from Velez Sarsfield.

The 20-year-old scored three goals in 33 appearances for Velez after making his debut in March 2020.

He helped the Buenos Aires club reach the semi-finals of last season's Copa Libertadores but was unable to play in either leg of the defeat by Flamengo.

Perrone is part of the Argentina Under-20s squad.

He will link up with his new team after South American Under-20 Championships, currently being played in Colombia.

Perrone will train with Pep Guardiola's first team for the remainder of the season but it is understood he has has been signed as a player for the future.