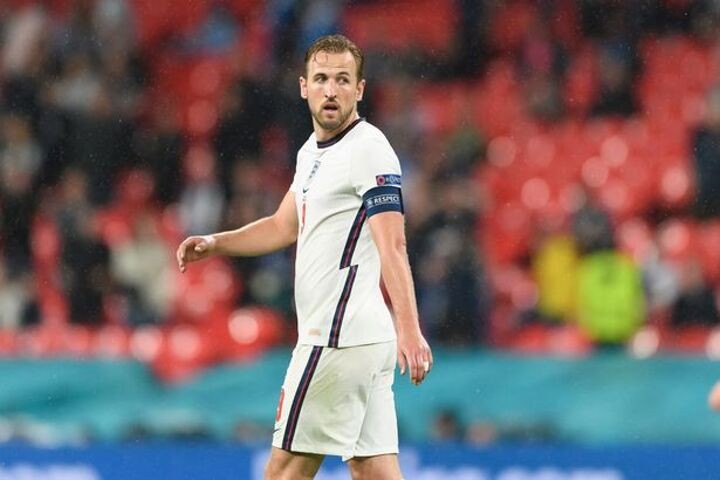 It emerged on Monday that Pep Guardiola's side have entered discussions with Tottenham as they look to secure a deal for the wantaway striker this summer with claims they had made an opening offer of £100million.

City would also be willing to include first-team squad players in an attempt to sweeten the deal for their Premier League rivals.

And it's now been revealed that Jesus, Silva, Sterling, Laporte and Mahrez are the five names that were put forward as a possible part-exchange for Kane, according to The Athletic.

Spurs rejected the bid with 'little interest' in their proposal as they reiterated their desire to keep the England captain during the window.

Even if any of the players in question were keen on making the switch to Tottenham, Daniel Levy would have to alter the wage structure at the club to accommodate their potential arrival.

Levy is determined to keep his prized asset unless an astronomical bid, around the £150m mark, arrives at his doorstep.

Kane, who is on international duty with England at Euro 2020, has expressed his wish to leave the Londoners with the Etihad his preferred destination.

He said last month: "I think so. I think it’s definitely a conversation to be had with the club.

"Yeah, like you say, I want to be playing in the biggest games. The biggest moments.

"Like, this season I’m there watching the Champions League, watching the English teams in there doing amazing. They are the games that I want to be involved in.

"I want to be in them games. So for sure, it’s a moment in my career where I have to kind of reflect and see where I’m at and have a good, honest conversation with the chairman. I hope that we can have that conversation.

"I’m sure that he’ll want to set out the plan of where he sees it but ultimately it’s going to be down to me and how I feel and what’s going to be the best for me and my career this moment in time."