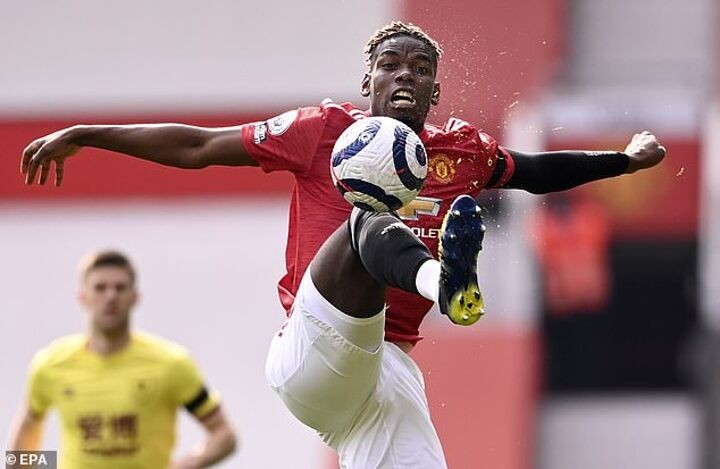 Manchester United expect Paris Saint-Germain to make an approach to sign Paul Pogba before the end of the transfer window, according to reports.

Sportsmail revealed earlier this week Pogba's agent Mino Raiola is discussing personal terms with PSG, who believe they can sign the midfielder for less than half the £89million he cost United in 2016.

Pogba has less than 12 months left on his £290,000-a-week contract and has given no indication that he is interested in signing fresh terms at Old Trafford.

Now The Telegraph claim United anticipate the Ligue 1 giants will make their move for the France international before the transfer period ends next month, believing they can snare him away for £43m.

United paid what remains a Premier League record to sign the 28-year-old from Juventus five years ago, but now face losing him on a free next summer if they do not sell between now and August 31.

That scenario would be a repeat of 2012, when a young Pogba left Old Trafford for Turin for £800,000 in compensation.

Pogba's future at United has been up in the air for more than 12 months now, with Real Madrid and Serie A giants Juventus having shown interest in the midfielder last summer.

Juventus had hoped to re-sign Pogba before the outbreak of the coronavirus pandemic slashed their hopes.

The Frenchman shone at Euro 2020 but is due to return for pre-season training next week after going on a family holiday in Florida following his country's exit at the hands of Switzerland.

Asked about the situation last month, he said: 'I have one year left on my contract, everyone knows that. There have been no concrete proposals for extensions. I'm still in Manchester.'

The Mirror also reported earlier this week that Pogba has turned down a long-term £50m contract offer from United.

But should he join PSG he would link up with a side that has already made five signings this summer in the form of Italy goalkeeper Gianluigi Donnarumma, Sergio Ramos, Achraf Hakimi, Georginio Wijnaldum and Danilo Pereira.

Jesse Lingard also impressed for West Ham on loan during the second half of last season but it is uncertain whether he has a long-term future at Old Trafford.

But United will first hope to seal a deal for Raphael Varane from Real Madrid - after confirming the £73m arrival of Jadon Sancho from Borussia Dortmund - before they have to give serious thought to Pogba's future.