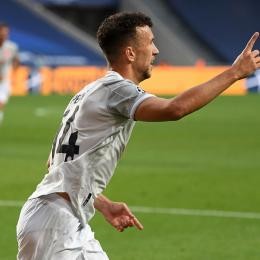 Eventually not bought back by Bayern Munich, despite his late season contribution, Croatian international winger Ivan Perisic (31) has been targeted by Manchester United, already pursuing him in summer 2018. Still part of Inter Milan group, former Borussia Dortmund and Wolfsburg player, currently on a deal with Italian giants until June 2022, has recently been inquired about by RB Leipzig and Hertha Berlin as well.