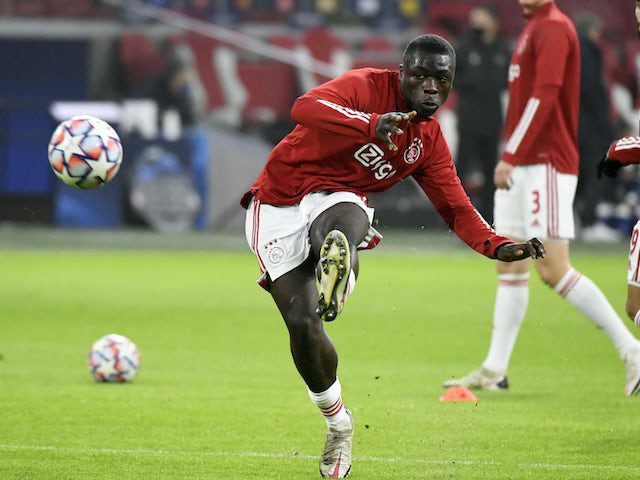 The new United gaffer missed out on the chance to sign the talented forward in the summer.

The 20-year-old impressed on loan at RB Leipzig, scoring seven goals in 13 appearances in the German Bundesliga.

He has scored three goals and provided two assists in seven league matches for Ajax since the start of the season.

Ten Hag remains interested and committed in bringing the forward to Old Trafford next year.

It will be a dream come true for the forward who has consistently expressed his desire to play for the English giants.

Brobbey penned a deal with Ajax until June 2027 upon his return, but according to Fichajes, Ten Hag remains keen on bringing the youngster to Old Trafford next year.

He told Voetbal International: "Dream club? Manchester United. Erik sent me a message, yes, to congratulate me, and to tell me that he would like to have me at Manchester United. But I'm not finished at Ajax yet, I want to show something here first.

"I absolutely wanted to go to Ajax. Erik also wanted to work with me, texted once if I was open to it, but I thanked him nicely. I wanted to go back. My friends here, Ajax's playing style, it just wasn't finished yet.

"I first have to really succeed here as a striker of Ajax. That's also how the past six months felt, when I played here on a rental basis. I really had the feeling afterwards: I really have to go back. Believe me, in a few years I will provide a nice transfer fee for Ajax and then the club will have made a nice profit."

Brobbey initially joined Ajax in 2010, progressing through the Dutch side's youth system before making his first-team debut in the latter stages of 2020.

The attacker scored six times in 19 appearances for the Amsterdam giants during the 2020-21 campaign before moving on to Leipzig, but he failed to find the back of the net in 14 games for the German outfit.

Brobbey recently revealed that Ten Hag had been in contact with him over the summer to express a desire to bring him to the 20-time English champions.