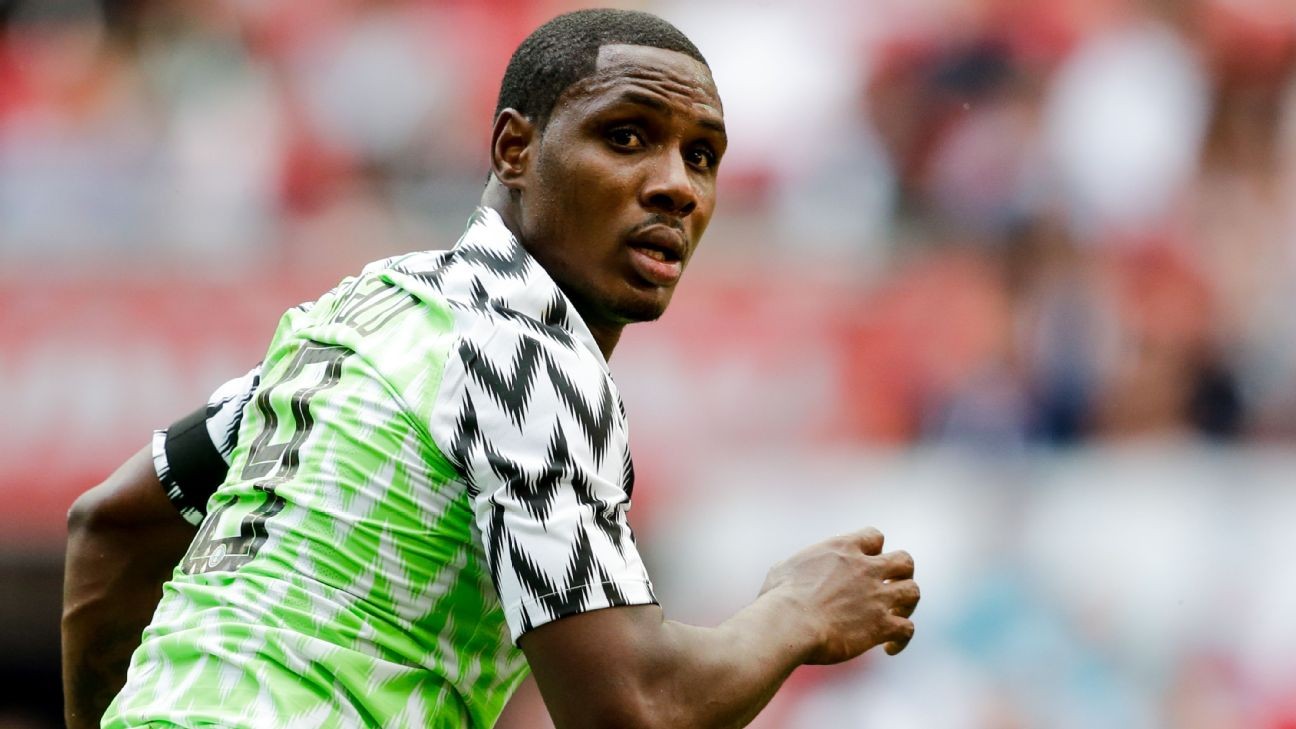 Man United's newest signing Odion Ighalo says playing for the club will be "like a dream come true."

Ighalo will train with his new teammates for the first time on Sunday after spending two weeks in quarantine, having arrived from China amid the global coronavirus crisis.

It means the striker will get just one session to integrate himself before making the trip to face Chelsea on Monday night, but Solskjaer said that should not be a problem.

"As a striker you get thrown on and it might be he'll have to come off the bench and give us a goal," Solskjaer said.

"He'll be involved with us and travel down with us. Now he's out of that two-week period -- just a precaution we made. We've kept in touch with him and of course we've done our own programme, he's done his.

"He's been working really hard, pinching himself at times at his favourite club at the age of 30, but he's earned that one and hopefully he impresses us.

"We needed another forward and when we got the chance to get Odion on a loan, that was for us a goalscorer.

"He can help the club -- very professional player, a good lad and will give something to the group."

United will move to within three points of Chelsea in the race for the top four if they win at Stamford Bridge.

Solskjaer will have a refreshed group after spending a week in Marbella for a warm weather camp, although Scott McTominay, Axel Tuanzebe and Timothy Fosu-Mensah are still unavailable despite returning to training.

- Transfer Grades: All the big moves rated
- When does the transfer window re-open?
- All major completed transfer deals

Paul Pogba is also sidelined while he continues his recovery from ankle surgery.

"I don't think we'll get anyone back for the Chelsea game," Solskjaer said. "Scotty, Axel and Tim didn't join too much, so not ready to play that game. Paul is not ready, of course.

"A win gives us three points [gap] and that's what we've got to aim for. We played them twice this season and done well.

"Chelsea are a good team, they're at home, but we're going try and win the game, give us more belief, more hope that we can kick on."