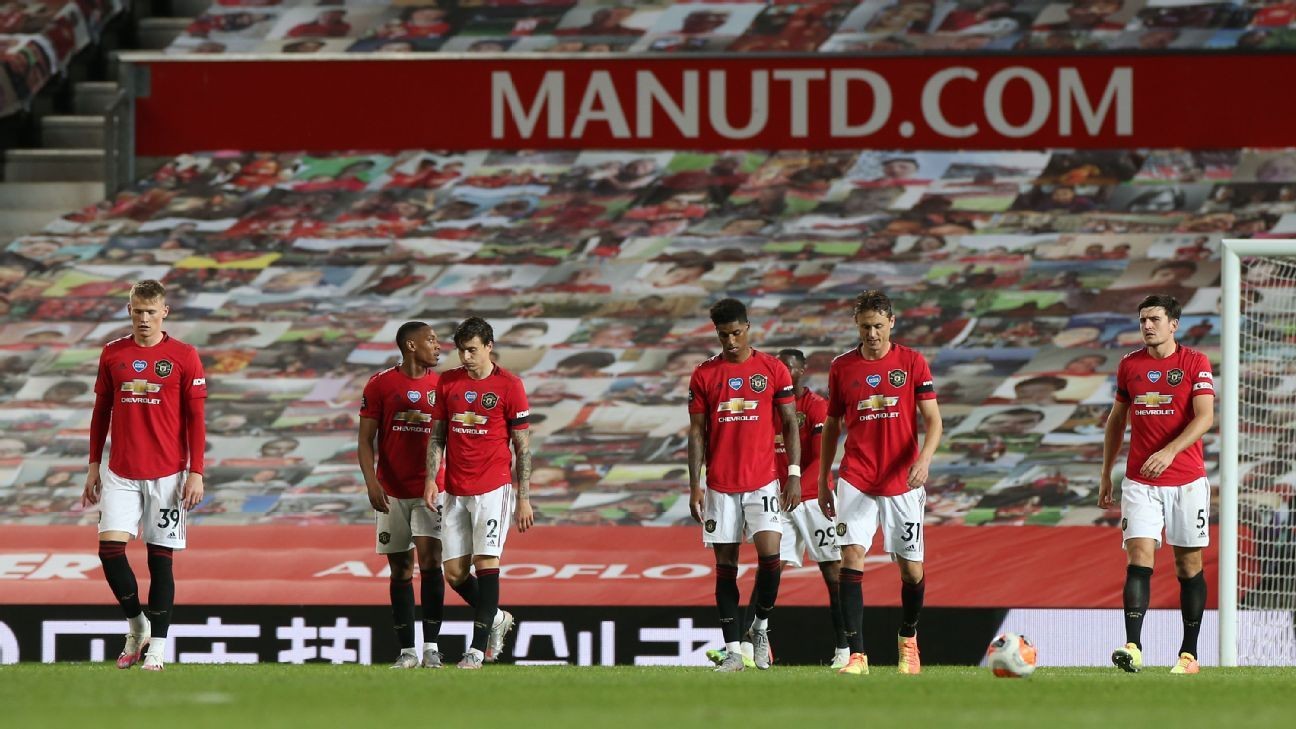 Manchester United's Champions League qualification hopes suffered a blow after an equaliser deep in stoppage time from Michael Obafemi earned Southampton a 2-2 draw in the Premier League at Old Trafford on Monday.

- Check the latest Premier League standings
- Stream ESPN FC Daily on ESPN+
- What did you miss? The latest from Europe's top leagues

United were poised to move up to third after Anthony Martial's 23rd minute strike had put them 2-1 ahead.

On the day when second-placed Manchester City's two-year ban from European football was overturned on appeal, meaning the top four will qualify for the Champions League as usual, United stay in fifth place on 59 points.

Leicester City are fourth, ahead of United on goal difference, with Chelsea third on 60 points. City and title winners Liverpool have already secured Champions League places for next season.

Southampton took a shock lead in the 12th minute when Paul Pogba was robbed by Danny Ings just outside the area and Nathan Redmond's cross found Stuart Armstrong at the back post where the Scottish midfielder slotted home.

Marcus Rashford then had the ball in the net, converting a low cross from Luke Shaw, but it was ruled out for offside although the United striker did not have to wait long to level.

Pogba played the ball in to Martial who held off two Saints defenders before poking the ball to Rashford who made no mistake with a left-foot finish in the 20th minute.

Three minutes later United had the lead, Bruno Fernandes fed Martial on the left and the French international cut inside and smashed the ball home.

United finished the game with 10 men after Brandon Williams went off injured, with manager Ole Gunnar Solskjaer having no substitute opportunities, and they failed to hold on to the three points when Obafemi turned in a corner at the back post.