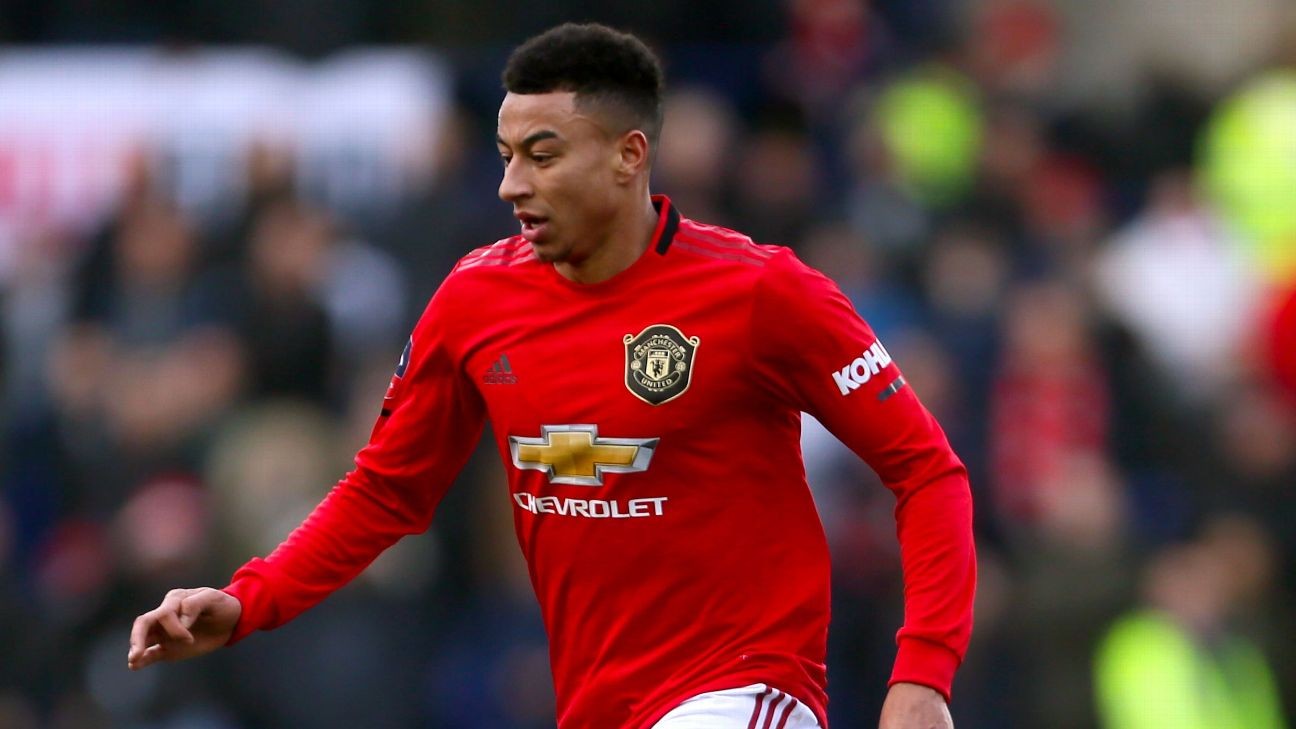 Beside Bruno Fernandes, Shaka Hislop sees one other positive for Manchester United from their draw vs. Wolves.

A scoreless draw means Man United and Wolves miss a chance to gain crucial points towards the top four.

Shaka Hislop says Bruno Fernandes' Manchester United debut vs. Wolves was 'nothing to write home about'.

Atletico Madrid and Roma are leading the chase for Jesse Lingard if he leaves Manchester United, sources have told ESPN.

Lingard would like to stay at Old Trafford but has not ruled out moving on if it helps him rediscover his best form.

The 27-year-old has 18 months left on his contract, as a well a one-year extension option, and there have been informal discussions over a new deal. But Lingard remains open to the possibility of leaving United with Atletico and Roma having already registered their interest with his representatives, which now includes super agent Mino Raiola in a consultancy role.

Manager Ole Gunnar Solskjaer is keen to keep hold of a player who he sees as a vital part of United's future. But Lingard is also beginning to feel abuse aimed at him, particularly on social media, is becoming too much and a fresh start somewhere else may be a viable option.

Solskjaer is also aware of the level of criticism that has been directed at the midfielder, as well as off-field family issues he is having to contend with.

Lingard's form has dipped since playing a key role for England during the run of the World Cup semifinals in 2018. He has not scored a Premier League goal since December 2018 and has only made six league starts since August.

He has also lost his place in the England squad and could miss out on Euro 2020 this summer.

United's players have been granted time off by Solskjaer this week before heading to Spain for a warm-weather training camp. Diogo Dalot has used his break to travel to Abu Dhabi before returning to Carrington and launching a bid to become a regular in United's team after an injury-ravaged start to the season.

"It feels good to start feeling confident again and feeling comfortable with my fitness," Dalot said. "I'm going to push hard and make sure that I deserve to play here.

"That's why I signed to come here. I want to be the best right-back that I can be at Manchester United. "I'm going to fight to play. I think I have the ability to play at right-back at this club and I need to show that."